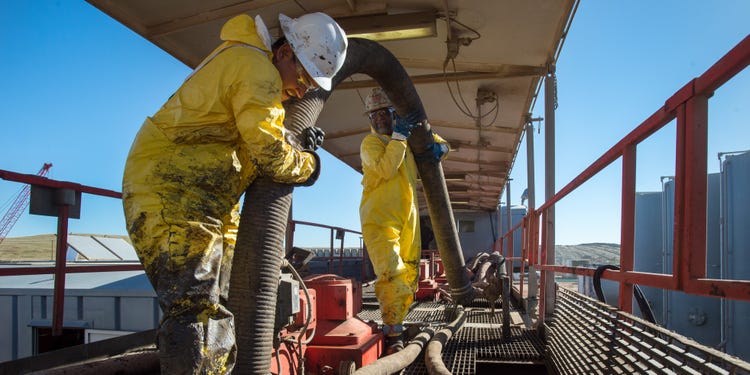 Oil prices slumped on Monday as investors fretted that the continued rise in cases of Delta-variant coronavirus would knock the global economic recovery and reduce demand for energy.

The Delta coronavirus variant is spreading rapidly around the world, driving up COVID case numbers in the US, Europe and even China.

Oil prices have rebounded sharply in 2021 as economies have reopened, and the OPEC-plus group of oil-producing countries has limited supply. Brent crude climbed from around $50 at the start of the year to above $77 in July.

But investors have started to worry that the Delta variant will weigh on the global economy as countries reintroduce coronavirus curbs and continue to limit international travel.

Goldman Sachs on Monday downgraded its forecast for Chinese GDP growth for 2021 from 8.6% to 8.3%, citing Delta variant restrictions in the country.

Brent crude declined around 7% over the previous week, in its worst week since October, but the selling intensified on Monday.

Saxo Bank’s Jakobsen said a stronger dollar and higher US bond yields after some strong economic data last week may also be weighing on oil, which is denominated in dollars.

However, he said the market is still expected to be able to absorb the gradual production increases recently announced by OPEC-plus. “And if not, the group is likely to step in to support prices.”

Traders will be keeping a close eye on the monthly oil market reports from the International Energy Agency and OPEC, which are due this week, for hints about the strength of demand.