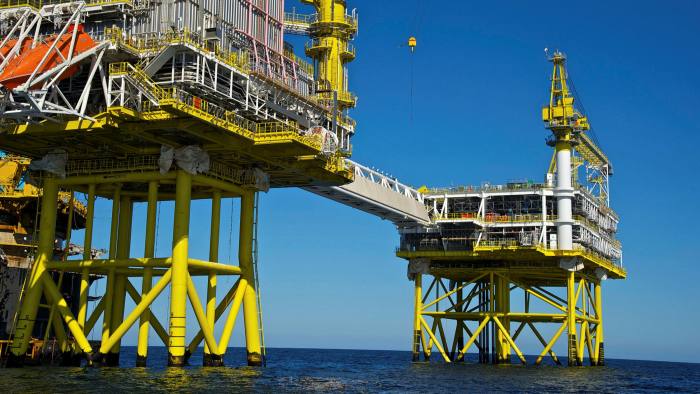 By Leke Oso Alabi
The biggest producer of oil and gas in UK waters has sounded the alarm over government threats of a windfall tax on the industry’s surging profits, warning it would make some North Sea projects uneconomic and could be “detrimental” to energy security. Linda Cook, chief executive of the FTSE 100 company Harbour Energy, warned a one-off levy would lead to the industry approving fewer projects at a time when ministers want to maximise domestic energy production to reduce the country’s reliance on imports, including from Russia.

“A higher tax burden will make it more challenging for new oil and gas projects to meet investment hurdle rates, meaning fewer projects will be sanctioned. This is at a time when industry is being encouraged to increase domestic UK oil and gas production and support an orderly energy transition,” Cook told the Financial Times.

Her comments echo similar warnings from oil majors BP and Shell in recent weeks after business secretary Kwasi Kwarteng demanded oil and gas producers lay out a clear plan of how their profits would be reinvested in the UK. Harbour told Kwarteng last week that it planned to invest $6bn in the North Sea over the three years to 2024. This includes $2.1bn this year, a 20 per cent uplift on 2021.

Harbour, formerly known as Chrysaor, became one of the North Sea’s biggest producers in 2019 after buying the UK assets of US energy major ConocoPhillips for $2.7bn. It completed a reverse takeover of London-listed Premier Oil in 2021 and plans to pay its first dividend worth $200mn as a public company this year.

BP, Shell and Italy’s Eni are among a handful of other North Sea producers that have responded to the UK government’s demands. Others have so far refused to disclose any investment plans, including France’s TotalEnergies and private-equity backed Neo Energy, two of the North Sea’s biggest producers.
The government is under pressure from the Labour opposition party to act, as opinion polls show the public overwhelmingly backs a levy to help tackle the worsening cost of living crisis. But messaging from ministers has been mixed. “No option is off the table,” Prime Minister Boris Johnson said on Monday, while adding: “I’m not attracted, intrinsically, to new taxes.”

Chief secretary to the Treasury Simon Clarke told Sky News that a windfall tax remained on the table “if we do not see that investment materialise”, adding: “We are very clear that there is a real need, at a time when the industry is making very significant profits, to see those profits reinvested.” Executives at some North Sea producers have privately complained that it was not practical to dial investment up and down quickly to comply with the wishes of politicians, given the scale and engineering complexities of the projects.

North Sea oil and gas producers will discuss how to respond to a windfall tax at a conference in Aberdeen on Tuesday. Cook, who is set to deliver a speech at the summit, warned that it could make investors look abroad, even though the UK benefits from one of the most generous oil and gas taxation regimes in the world. “Fiscal instability creates uncertainty, making these long-term investment decisions more difficult and making the UK less attractive relative to other regions,” she said.

“While the decision on whether to implement a windfall tax is for the government, the oil and gas industry has been clear that such a decision could impact future investment in the UK North Sea and be detrimental to our domestic energy security and to furthering the UK’s energy transition ambitions,” she added.