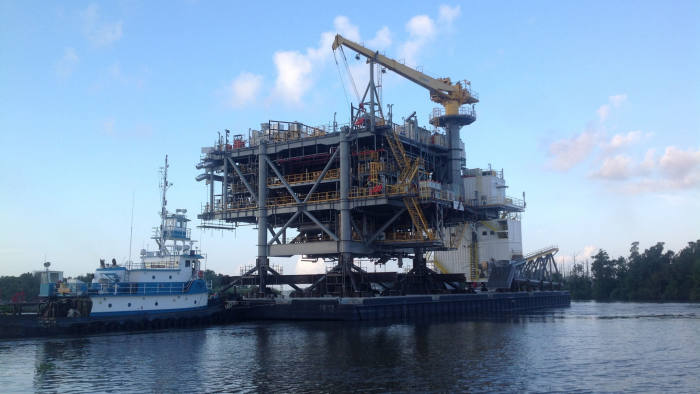 The associated debt from North American oil and gas bankruptcies in 2020 has already reached an all-time high and is set to grow even further this year as the wave of Chapter 11 filings continues, a Rystad Energy report projects, analyzing industry data from law firm Haynes and Boone. Although the combined count of Chapter 11 filings from exploration and production firms (E&Ps) and oilfield service (OFS) companies this year in North America has so far reached 84, which is still lower than the historical high of 142 in 2016, the associated debt these companies are carrying is much higher, at $89 billion so far, some $19 billion more than in 2016.

Under the current price environment, Rystad Energy projects that more bankruptcies will follow this year, adding to the cumulative associated debt and boosting it to a staggering figure of over $100 billion.

Assuming a WTI average of around $40 per barrel this year and a Henry Hub price of $3 per MMcf, we forecast North American E&P bankruptcies to rise to 55 by the end of the year, from 40 filings at the time of writing, adding about $15 billion of debt to the cumulative total. And that excludes possible associated debt additions from new OFS company bankruptcies, which currently stand at 44 cases.

Under this scenario, associated debt for these 55 E&P Chapter 11 filings this year is projected to reach $69 billion. Should these price levels persist in 2021, Rystad Energy expects 54 new E&P bankruptcies for the year, carrying an associated debt of about $44 billion. In a more pessimistic scenario that assumes a Henry Hub price of $2.5 per MMcf, E&P bankruptcies could climb to 61 cases this year and to 68 in 2021.

In terms of the number of Chapter 11 cases, it is unlikely that we will ever see a repeat of 2016, when 142 E&P and OFS filings were recorded in North America. The previous market downturn caused a large number of smaller producers and suppliers severe financial distress, including many that were active in conventional oil & gas operations who ended up downing their shutters for good.

The current wave of bankruptcies is different, and it is hitting a significant number of larger companies in multiple business segments. In the first nine months of the year, the average Chapter 11 debt per company was at $1.05 billion, almost twice as much as the 2017 level of $576 million.

Both E&P and OFS bankruptcies are on average demonstrating a record-high debt size so far this year, of $1.34 billion for E&Ps and $792 million for OFS. However, the total full-year Chapter 11 debt for the E&P and OFS groups separately is yet to beat the previous record of $56.8 billion for E&Ps in 2016 and $35.3 billion in 2017 for OFS. Most likely both these records will be breached in 2020 after the end of the fourth quarter.

“While oil and gas market fundamentals have improved significantly now compared with April-May, we argue that the North American bankruptcy wave is not over yet. A significant number of small- and mid-size public and private producers are still experiencing financial challenges in the current price environment and questions about their ability to service their debt in 2021-2022 remain,” says Artem Abramov, Head of Shale Research at Rystad Energy.

We conclude that while this year might see the number of Chapter 11 cases peak, it will definitely be the peak in terms of total Chapter 11 debt, with the average debt per case next year expected to decline substantially. Yet, we argue that the number of filings will still remain above the level recorded in 2019 over the next two years, as the industry keeps navigating through the challenging market environment.