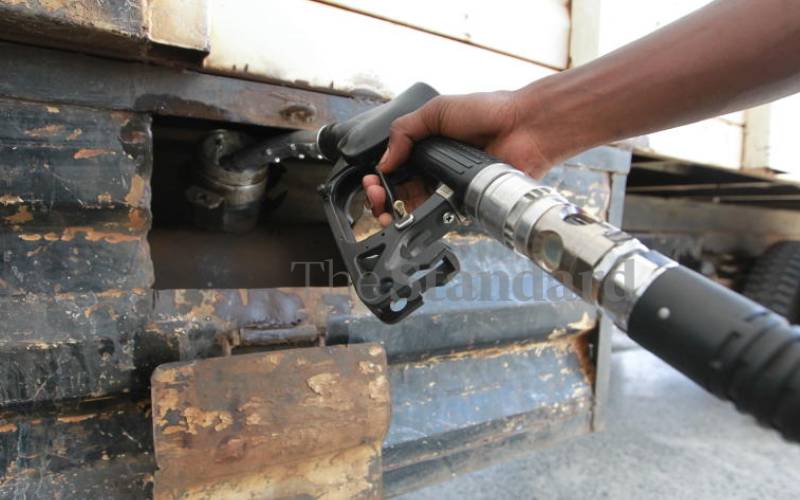 The Bill to slash petroleum taxes might not make much progress, which means the high tax regime and, in turn, high fuel prices could be here to stay. [Jonah Onyango, Standard]

Last year, MPs caused a ruckus about the cost of fuel in the country.

The National Assembly’s Committee on Finance and National Planning had a hectic month in September, collecting views from the public and industry players.

The committee sought to understand what was behind the high cost of fuel in the country.

At the hearings, the lawmakers learnt that taxes and levies on petroleum account for nearly half of the pump price for super petrol and 40 per cent of the cost of diesel.

The revelation may not have been surprising to the MPs as they, after all, had a hand in approving the high tax regime for petroleum products. Over the last decade, MPs have okayed numerous proposals by Treasury to increase taxes on fuel.

The Gladys Wanga-chaired committee would then go on to write a report criticising the government for its appetite for taxing petroleum products to the detriment of the economy.

The committee further drafted a Bill recommending a Sh12 per litre reduction in the pump price for super petrol, raising hopes of lowering the cost of fuel.

That, however, is as far as the debate went, and three months on, Kenyans are still waiting for relief from the pain at the pump.

The committee, in the proposals contained in the Petroleum Products (Taxes and Levies) (Amendment) Bill, 2021, proposed halving of the Value Added Tax (VAT) to four per cent from the current eight per cent. This would result in a Sh4.8 reduction per litre.

The committee also proposed the reduction of the Petroleum Development Levy for super petrol and diesel to Sh2.9 per litre from Sh5.40, although still higher than the rate of 40 cents per litre that was in place until 2020. It also froze the increase in excise duty for the 2021/22 financial year.

The committee also recommended reducing the margins for oil marketers by Sh3 to Sh9 per litre. Garissa Township MP Aden Duale protested the slow pace of passing the Bill in a January 2022 letter to National Assembly Speaker Justin Muturi.

He noted that the high cost of essential commodities in the country had made life unbearable for Kenyans.

He added that the Bill had sought to review the taxes and levies on petroleum products with the aim of alleviating the high cost of living.

“It was intended that once the Bill was published, its consideration would be fast-tracked by the House so that the legal framework is put in place speedily and Kenyans can get the much-deserved reprieve,” he said, adding that since it was published and read the first time on November 10, 2021, there has been no further progress.

“We shall be judged harshly by history as the 12th Parliament if we conduct an inquiry like we did through the Finance and National Planning Committee, make recommendations thereof and as a result publish a Bill only for it to be shelved away with no further action.

“To this end, it is a matter of urgency that the House does expedite and dispense with the bill.” The State has tried to steady the prices through subsiding the retail prices over the last year. While this has provided some relief, it has not achieved the impact that slashing the taxes through the Bill would have had by providing predictability in that it would be anchored in law.

“Taxation has to be relooked,” said Coordinator Kenya Civil Society Platform on Oil and Gas Charles Wanguhu, adding that as it is, the pump price stabilisation process is not backed by laws and depends on the government’s goodwill.

Using money collected through the Petroleum Development Levy has always been problematic as there are no regulations that allow either Treasury or the Petroleum ministry to withdraw the fund.

While the state has never explained how it draws from the fund, it has faced criticism that it could be using the money illegally. “In my opinion, the subsidy to the oil marketers lacks a legal framework. What basis is the Treasury using to pay? Additional transparency is needed,” said Mr Wanguhu.

Either way, the government has indicated it might withdraw the subsidy, leaving motorists exposed to high prices.

The Bill to slash petroleum taxes might not make much progress, which means the high tax regime and, in turn, high fuel prices could be here to stay.

The Petroleum ministry last week said the subsidy was not sustainable as the State is spending way more than it is collecting through the Petroleum Development Levy. The International Monetary Fund (IMF) has discouraged the use of the fuel subsidy, arguing that it is regressive.

According to the Petroleum ministry, through the levy, the government on average collects about Sh2.2 billion per month, while spending as much as Sh8 billion some months to stabilise pump prices.

In a Bloomberg article, Tobias Rasmussen, IMF’s representative in Kenya, noted that subsidising energy products tends to benefit the higher echelons of society who spend more on petrol and diesel.

Money spent on the subsidies, he noted, could have had a bigger impact on areas that are of direct benefit to more Kenyans.