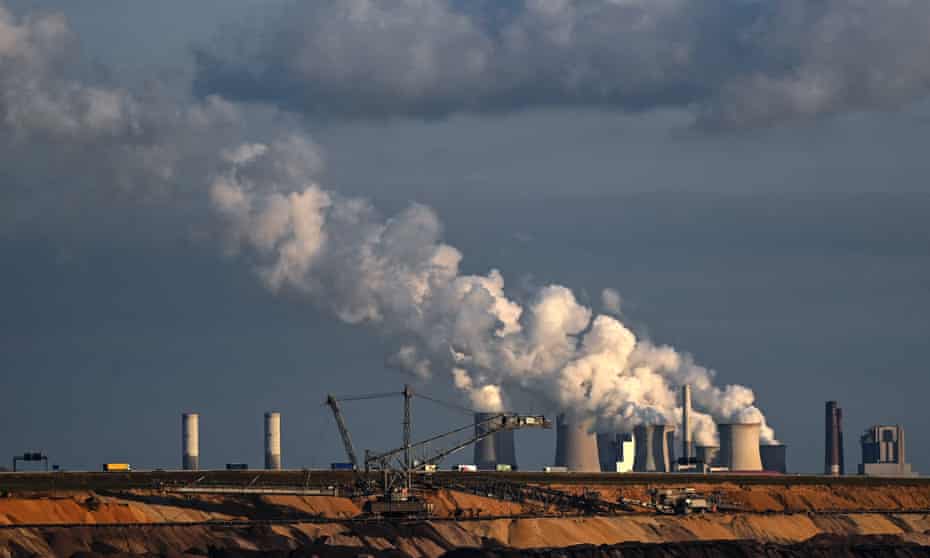 The ending of this loophole would mean the EIB will no longer finance oil companies’ wind energy projects. (Photograph: Ina Fassbender/AFP/Getty Images)

The European Investment Bank (EIB), the lending arm of the EU, has vowed to close a loophole that allows it to lend money to oil and gas firms despite a ban on financing fossil fuel projects.

The EIB, the world’s largest multilateral bank, which is active in 160 countries, announced in 2019 it was phasing out lending to fossil fuel projects within two years, as it sought to become a “climate bank”.

Although the move was welcomed as a victory for the climate movement, campaign groups said the bank had failed to close several loopholes.

Now the lender has acted to close one inconsistency with the bloc’s climate goals.

From 2022 onwards, the EIB will stop lending to polluting companies that want to finance low-carbon projects. This would mean, for example, the EIB will no longer finance an oil company’s wind energy project. All recipients of EIB loans will be required to draw up decarbonisation plans.

“At the EIB group, we have heard the warnings,” said its president Werner Hoyer, as the decision was published days ahead of the start of Cop26.

“As one of the leading multilateral banks for climate action, we are further increasing our climate ambition,” the bank said in a statement.

“In general, EIB will no longer finance standard low-carbon projects of high-emitting corporations if the corporation continues to operate or invest in activities that are not aligned with the goals of the Paris agreement.”

The decision is likely to affect about 50 companies and public sector bodies, who make up about 10% of the recipients of EIB loans.

But the EIB is unlikely to be stopping loans to scores of clients overnight. Bank officials put more emphasis on helping companies develop business plans that are in line with the Paris agreement.

The EIB is taking a different approach to banks, which will be required to meet international standards of transparency if they want to benefit from EIB loans.

Banks will be obliged to follow the standards set by the Task Force on Climate-Related Financial Disclosures, championed by the former Bank of England governor Mark Carney, which obliges companies to divulge their exposure to risks of climate change.

Xavier Sol at Counter Balance, a coalition of NGOs set up to monitor the EIB, said the EU lender’s latest actions were “a first step in the right direction” but problems remained.

There was, he said, a major loophole around the credibility of the decarbonisation plans that companies would be required to submit.

Counter Balance argues that EIB loan recipients should be under an obligation to draw up science-based climate targets and explicit plans for reducing emissions within three to five years.

Obligations on fossil fuel companies should be even more stringent, including a “credible decarbonisation plan” to phase out coal by 2030, gas by 2035 and to move to renewable energy by 2040 at the latest.

“Ultimately, this does not stick to the spirit of the Energy Lending Policy and the public call from the EIB to stop lending to fossil fuels,” the campaigner said, referring to the bank’s 2019 climate strategy.