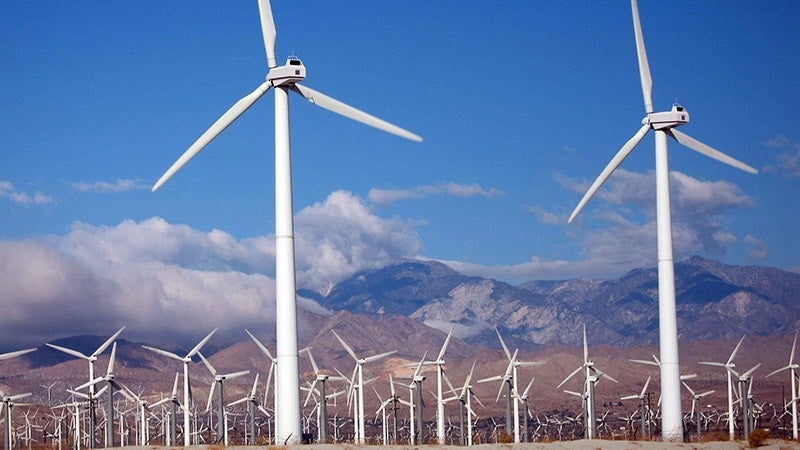 The transition from fossil fuel to clean renewable energy technologies will require an ever-expanding supply of critical metals such as lithium, nickel, copper, and cobalt.

In the drive towards widescale development of renewable and clean energy systems, EU nations have been at the forefront. In 2020, renewable energy sources made up 37.5 % of gross electricity consumption in the EU. However, reliable and unhindered access to certain raw materials has become a growing concern within the EU and across the globe.

A wide range of metals will be required to produce the technology needed. Commodity demand projections show that a world climate trajectory aligned with the Paris Agreement will require almost twice the current volume of metals by 2050.

From a metals perspective, aluminium and copper are the major drivers in terms of volume. Together with lithium, nickel, and zinc, they make up around 80% of the world’s overall demand for energy transition metals in scope.

In Europe, transition requirements are more immediate, with high intensity demand over the next decade to achieve 2030 targets for renewable energy generation. This puts pressure on producers of renewable technology to acquire the requisite materials to increase production in line with government commitments.

There are several options for Europe to follow to bridge this gap:

In the long term, as more clean energy technology comes to the end of its lifespan, the recycling and repurposing supply chain will also grow exponentially. However, unless the EU can effectively access the metals to build its planned renewable technologies, the scrap metal expected to come to market in 2040-2050 will be severely limited.

Supply gap
According to the ‘Metals for Clean Energy’ study commissioned by metals association Eurometaux, the EU faces a critical shortage of the clean energy metals required to commission many clean energy projects in the pipeline. The report estimates that to meet its clean energy goals, Europe will require 35 times more lithium and seven to 26 times the amount of rare earth metals in 2050 compared with today.

This has created a significant risk of a supply gap. Liesbet Gregoir, the report’s lead author, has stated that “Europe needs to urgently decide how it will bridge its looming supply gap for primary metals. Without a decisive strategy, it risks new dependencies on unsustainable suppliers”.

In 2019, the EU announced a new European Green Deal, claiming it would transform the EU into a modern, resource-efficient, and competitive economy. The deal committed to climate neutrality in 2050, with a midterm target in 2030. The commitment has meant that the EU is moving much faster than other world regions, with plans to install most of its new clean energy technology capacity in the next two decades.

However, in addition to the EU’s lagging lithium and rare earths supply, the energy transition will also require 10%–15% more annual supplies of zinc than the region uses today; 30% more aluminium; 35% more copper; 45% more silicon; 100% more nickel, and 330% more cobalt. This places great pressure on the bloc to acquire the requisite metals.

New mining projects
The first option the EU could deploy is the widescale commissioning and expansion of mines. “Everything that is to be found in the European soil, we must look for it and exploit it,” said French Ecological Minister Barbara Pompili. “We shouldn’t look away from mining.”

Europe does have a large but uncertain mining project pipeline for lithium and rare earths. However, most new and planned mines in Europe have a very uncertain future due to the lead time of potential mines, lack of local public support, and higher European labour costs.

Opening a new mine usually takes around 10 to 20 years and large capital investments, making it difficult to meet the growing demand with a comparable increase in primary supply.

Furthermore, social and political will in Europe seems to be against the commissioning of new mines, as indicated by the mass public opposition to the Jadar lithium mine, which was to become one of the biggest in the world but has now been suspended due to environmental concerns.

Subsequently, there is a legitimate risk of mining depletion after 2030. Europe’s current mining output for copper and zinc would decline by almost 50% by 2040 without new projects coming online.

A processing base
Europe also has plans to achieve greater refining self-sufficiency, as the EU announced new European lithium and nickel refinery plans last year. Gaining greater autonomy would limit China’s domination of the processing stage and provide a reliable stream of processed metal into Europe.

Given the severity of the energy crisis, exacerbated by the ongoing conflict in Ukraine, the cost to process the metals in Europe would far outstrip that within areas such as China, with the increased costs likely to fall onto the consumer.

Import reliance
Even if Europe were to develop a mining base of transition metals, it would still need to increase imports significantly to keep up with demand. This could be effective in providing a stable supply of critical metals.

However, investing in foreign mines also cedes control to that market’s rules and pressures. Given that a large proportion of deposits of these metals are in more challenging jurisdictions prone to political, social, and military strife, the EU would be taking an enormous risk.

China is best positioned to be the primary supplier of refined metals to Europe. It is responsible for processing 40% of global copper, 35% of nickel, 65% of cobalt, 87% of rare earths, and 58% of lithium. This domination will make Europe, especially over the next 10-15 years, highly dependent on China to provide the metal needed for commissioned clean energy technology.

However, worries over China’s increasingly aggressive military posture and Western dependence on Chinese exports have led to controversy. The Financial Times reported that Chinese government officials had been inquiring how badly companies in the US and Europe, including defence contractors, would be affected if China restricted rare earth exports during a bilateral dispute.

Recycling
After 2040, recycling could be Europe’s primary supply source for most transition metals, alongside the continued need for primary metals. Recycling already provides between 40% and 55% of Europe’s aluminium, copper, and zinc supply.

Some serious upscaling needs to happen to facilitate the recycling industry growing into a viable supply chain. Firstly, Europe will need to develop a new recycling industry for solar PV panels, which will start reaching end-of-life in meaningful volumes after 2035.

Europe will also need to develop a new recycling capacity for electric vehicle batteries. The first generation will start reaching end-of-life in significant volumes after 2035. By 2050, recycling could give Europe a considerable supply source if batteries reach EU recyclers and new recovery technologies are commercialised.

The challenges ahead are no small concern but through a combination of measures, it is possible for Europe to maintain its course to a more climate-friendly energy system. It will, however, take perseverance and urgency to avoid falling behind