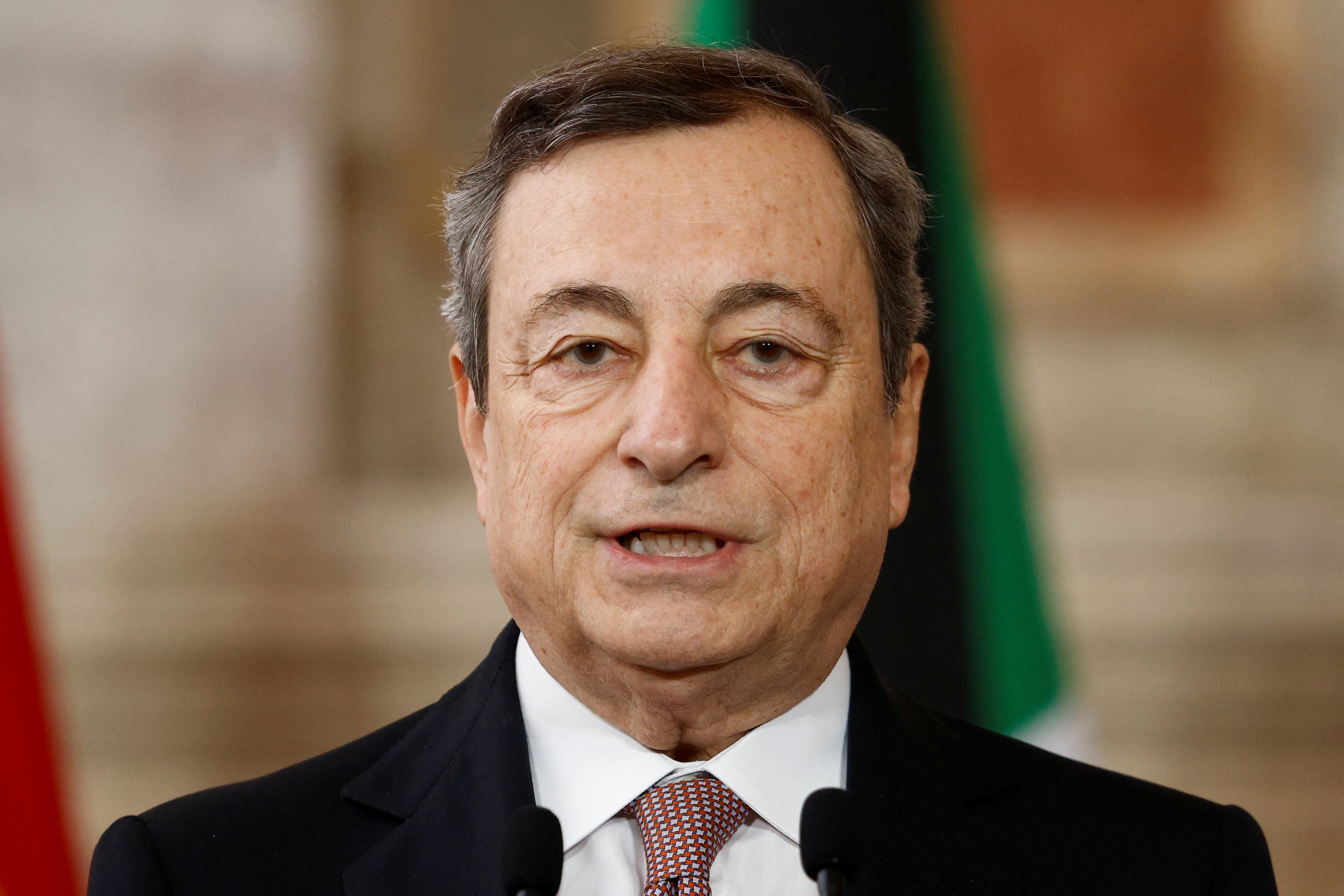 Italy clinched an agreement on Monday to ramp up gas imports from Algeria by around 40% in its first major deal to find alternative supplies following Russia’s invasion of Ukraine.

In a visit to Algeria, Italian Prime Minister Mario Draghi said agreements reached were a significant step in Italy’s drive to cut its reliance on Russian gas. “Others will follow,” he told reporters in Algiers following a meeting with Algerian President Abdelmadjid Tebboune.

Italy, which sources about 40% of its gas imports from Russia, has been scrambling to diversify its energy supply mix as the conflict in Ukraine escalates. Ministers have tapped numerous countries like Congo, Angola, Azerbaijan and Qatar to find capacity to try and replace the 29 billion cubic metres Italy receives from Russia.

Italy is not the only country seeking alternative supplies. The European Commission has proposed Europe cut imports of Russian gas by two-thirds this year and phase them out by 2027. Draghi has previously said while replacing 30-40% of supplies from Russia could be done immediately, it would be much harder to replace the rest.

In a statement, Italian energy group Eni (ENI.MI) said it had agreed with Algeria’s Sonatrach to gradually raise flows in the Transmed pipeline starting this year and reach 9 bcm of extra gas per year by 2023-24. Ecological Transition Minister Roberto Cingolani told Italian TV 3 bcm of that would come on line immediately.

In a separate statement, Sonatrach said it had signed a deal but gave no details on volumes. Algeria is Italy’s second-biggest gas supplier. The Transmed pipeline has a daily capacity of more than 110 million cubic metres but currently transports only around 60 mcm. Rising domestic consumption, under-investment and political instability, including the closure of a pipeline to Spain over a dispute with Morocco, have capped Algerian exports.

But last year its gas export to Italy rose 76% to 21.2 billion cubic metres and on Monday daily flows exceeded those from Russia.

With one of Europe’s biggest gas transport networks, Italy is seen as a future bridgehead into Europe for gas – and green hydrogen – produced in North Africa and beyond. Draghi said Italy was also ready to work with Algeria to develop renewable energy and green hydrogen. The Russian invasion has triggered sweeping Western sanctions that threaten to disrupt energy flows, raising the spectre of gas shortages.

Cingolani said last week that Italy expected to get an extra 10 bcm of extra gas from pipelines from Algeria, Libya and Azerbaijan this year. Besides boosting its pipeline capacity, Italy is also keen to increase liquefied natural gas imports from markets like Qatar, the United States and Mozambique.

Rome has said Italy’s three current LNG terminals could be used to the full to supply 4-5 bcm of extra gas while two new floating storage and regasification units could bring around 10 bcm of extra supply in the medium term.