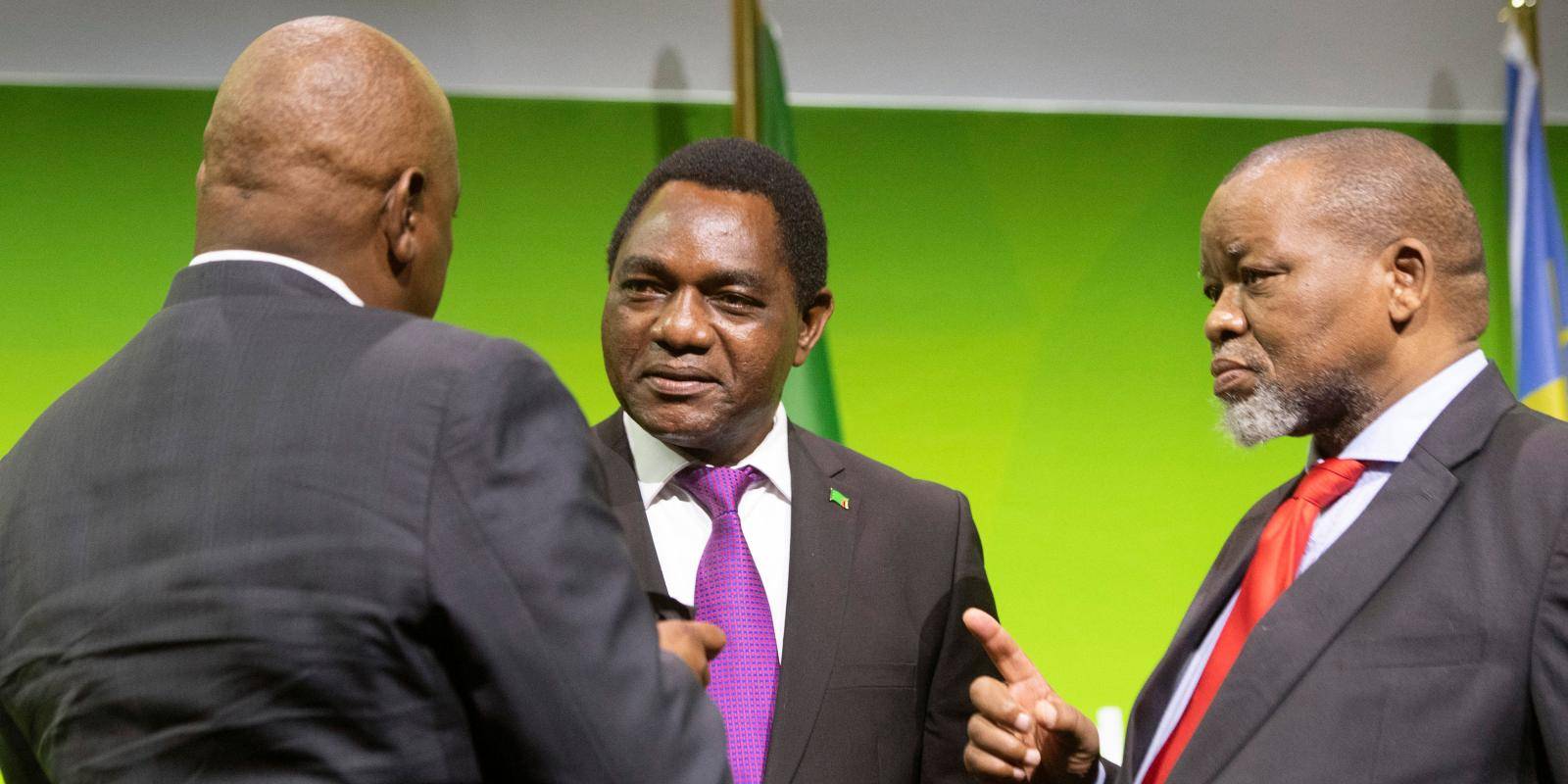 The call to action for the mining sector must be supported by continued improvements to the domestic operating environment and bring along regional partners. Zambian president Hakainde Hichilema – affectionately known as HH – used his speech at the annual African Mining Indaba held in Cape Town in May to sell to the international investment community his vision for the nation’s vital mining sector.

The country is well-positioned to capitalize on the global drive for the minerals critical to green transitions. The ambition is to more than treble the country’s copper production to three million tonnes per year. The speech was well-received by industry players who have long waited for the country’s political and regulatory regimes to match the nations resource potential. Promises of a transparent, predictable, and fair regulatory environment created a hopeful buzz among investors.

Capital inflows are testament to the goodwill and optimism that HH has garnered amongst the international investment community. And the government’s intention to work alongside foreign partners to deliver national economic benefit, including through training and procurement, were deliberately designed to move the country’s reputation away from looming threats of resource nationalism.

Zambian reform leading to investment.
This appears to have already brought benefit to Zambia. In a well-choreographed stamp of approval for the changes HH’s administration have brought in, the country’s top copper producer, Canadian-listed First Quantum Minerals (FQM), announced a new $1.35 billion dollar investment over 20 years in its Kansanshi Mine. Credible commitment on investment security from government was critical to the decision to move ahead with a much-needed injection of cash for the company’s maturing asset.

Other top tier firms have also made investment after years of hesitancy. Anglo American announced the acquisition of a majority stake in a junior exploration firm, marking Anglo’s first investment in Zambia in 20 years. Rio Tinto have also stepped-up exploration through joint ventures in the country.

Capital inflows are testament to the goodwill and optimism that HH has garnered amongst the international investment community. But maintaining this momentum will depend on progress on domestic policy, improving bureaucratic processes, and streamlining government decision-making.
Following consultation with industry stakeholders, the government has already implemented significant policy measures to attract investment. These include the removal of a contentious ‘double taxation’ policy whereby mining companies paid corporate tax on top of royalties, cleaning the ‘cadastre’ system, and limiting licences to address long-term speculative licence holders preventing new exploration.

However, two major legacy issues from the previous regime remain. The state-owned mining holding company ZCCM-IH remains embroiled in a legal dispute with Vedanta over the enforced liquidation of Konkola Copper Mines (KCM). And Zambia took on $1.5 billion in debt to buy Mopani from Glencore in January 2021. Both mines require new investment, and any incoming company will need to put serious effort into securing their social licence to operate in two contexts where communities have complex historical relationships with the mines and those running them. Finding the right buyer and on the right terms will be an important litmus test of the governments private-sector-led approach to the industry.

Beyond the extractive sector
Attracting investment is vital for the legitimacy of the New Dawn government. Domestic political and economic pressure is mounting as electoral promises of jobs and improved economic living standards become ever harder to deliver against rising fuel and food prices caused by factors well beyond Zambia’s control.

Hitting government targets – such as producing three million tonnes of copper a year – will require a holistic economic vision that extends beyond mining policy appraisal. Most significantly, there is a need to articulate a plan for energy generation that both supports the industry and national electrification targets for access for the rural population.

Around 85 per cent of Zambia’s electricity comes from hydropower. This is an attractive proposition for companies needing to demonstrate green credentials to increasing sensitive international investors. However, the only increase in generating capacity in the past seven years has come from the commissioning of a coal-fired power plant in Maamba. The mining industry has a vital role to play in supporting sustainable generation. FQM’s investment announcement was paralleled by an ambitious solar and wind energy project to power its operations.

Infrastructure and regional cooperation
There is a growing realization at a political level of the importance of regional cooperation for supporting growth. A Chatham House conference in Lusaka in March highlighted this importance, especially as part of its wider international relations and unlocking the potential of its critical mineral endowments.
At the Indaba, President Hichilema, President Ramaphosa of South Africa and President Masisi of Botswana all noted the importance of regional cooperation and the potential for a regional strategy on the sector. If they are serious, this high-level political rhetoric needs to be backed by inter-ministerial and technical-level visits and wide stakeholder engagement, including with communities and CSOs.

There is hard work ahead for national administrations to deliver on their political leaders’ promises of revived industry, and a clear need for regional cooperation and collaboration between ministries, national agencies, and companies. Southern African mining jurisdictions share many challenges, relating to histories of decolonization, the economic centrality of extractive industries, pressures for job creation, and often fraught community relations. Each has been through successive mining code revisions that have created uncertainty, and alignment is necessary on important policy questions on empowerment and transformation, as well as optimum tax and royalty rates. They have much to learn from each other.
Cross-border cooperation on infrastructure will also be vital.

While Zambian railways signed an agreement with Transnet of South Africa in 2018 for the lease of rolling stock, there is a need for wider synergies between national transport agencies for bulk carrying. The Kazungula Bridge road project is an important example of national ‘buy-in’ through blended financing into regional projects, with Zambia and Botswana both financially contributing to parts of the JICA and AFDB financed project.

The attractiveness of the region as an investment destination would also be enhanced through cooperation and alignment on international frameworks, codes, and initiatives that govern the industry. For example, there is inconsistent regional membership of the EITI. While many view such organizations as vehicles of power of the global north, regional cooperation and alignment within these programmes could provide a strong base to advocate for constructive reform.

Hard work still ahead
After a two-year hiatus due to COVID-19, this year’s delayed mining Indaba had less of a summer party feel and more of an autumnal ‘back to school’ atmosphere. The investment announcements for Zambia are an important signal for regional leaders of the potential investment returns that policy reform can bring.

There is hard work ahead for national administrations to deliver on their political leaders’ promises of revived industry, and a clear need for regional cooperation and collaboration between ministries, national agencies, and companies. The wider consultation of communities and CSOs, and engagement of international frameworks, are also vital to this success. Central to the Zambian administration’s economic plan is finalising a deal with the IMF for an agreed $1.4 billion three-year credit facility. The deal requires a wider creditor agreement, including progress on a slow moving G20 common strategic framework.