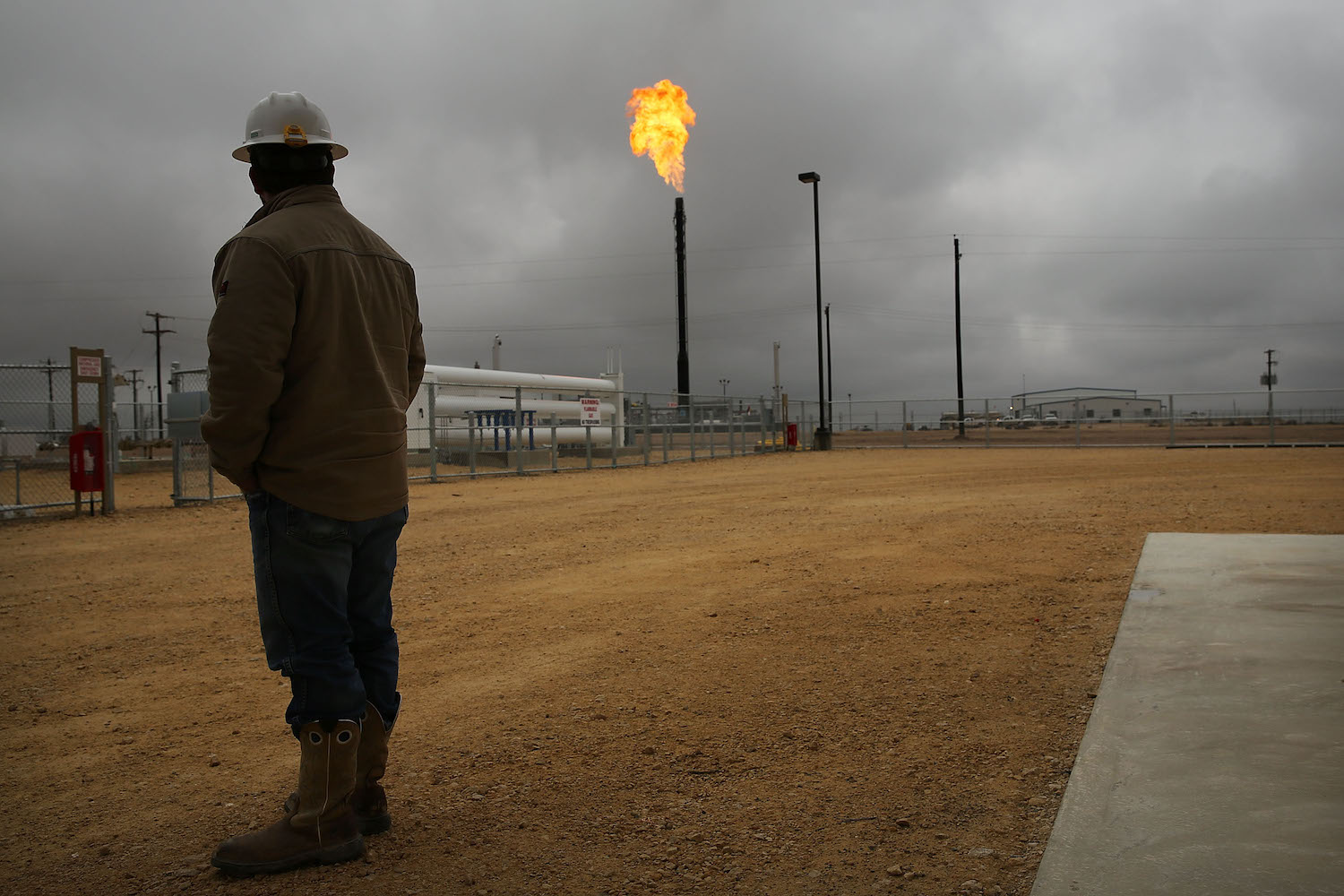 In October 2020, the French government blocked a $7 billion deal between Engie, a partially state-owned French energy enterprise, and NextDecade, a U.S. liquefied natural gas (LNG) company, because the gas was too dirty. But recently, it was revealed that a new, 11-year deal was quietly signed for that same fuel last June—this time between Engie and Cheniere Energy, a different U.S. LNG company.

Most of the details of the new deal came from a recently unsealed letter by the U.S. Energy Department, in which Cheniere asks for “confidential treatment” of the purchase. Neither company has announced the agreement, and Cheniere has declined commenting on the multibillion-dollar LNG deal. Meanwhile, French news outlets have reported that Engie did its best to keep things “under the radar” and might have gone so far as to use a code name to limit publicity.

The seeming about-face is evidence that the oil and gas landscape is evolving. Some exporters, such as Cheniere, have been able to position themselves as responsible companies. For instance, Cheniere has launched initiatives to work more closely with natural gas suppliers on managing greenhouse gas emissions. Its operations also go beyond the proposed methane regulations of the U.S. Environmental Protection Agency (EPA), and the company has even gone so far as to promise carbon-neutral LNG shipments to Europe (though it’s not clear how many).

The savviest companies know they cannot wait for regulation before starting to align themselves and their practices with global environmental goals. As the world faces ongoing energy crises, nations and companies are becoming pragmatic about achieving both their energy needs and climate goals—even if they’d prefer to keep that under wraps.

The initial French decision in late 2020 sent ripples through the U.S. oil and gas industry—as well as its financiers. The timing coincided with the Trump administration finishing its rollbacks of Obama-era environmental regulations, and many oil and gas companies hoped they could rebound after the loss of demand during the COVID-19 pandemic. Instead, the industry saw struggling prices, bankruptcies, job losses, investment challenges, and a world that was adamant to build back greener. It turns out the industry does better these days with more stringent environmental regulation.

That makes sense, as the international community and now Washington get serious about climate action. All eyes are now on coal, oil, and gas, which make up the largest sources of greenhouse gas emissions in the United States and the world. According to the U.S. Energy Information Administration (EIA), in 2019, burning fossil fuels for energy accounted for 74 percent of total U.S. greenhouse gas emissions and for 92 percent of total U.S. carbon dioxide emissions caused by human activities.

This doesn’t mean the United States should immediately stop oil and gas production. In fact, using natural gas to replace coal is one of the primary reasons the world has been able to decarbonize as much as it has. Natural gas is the cleanest-burning fossil fuel, and as the EIA explains, “Burning natural gas for energy results in fewer emissions of nearly all types of air pollutants and carbon dioxide … than burning coal or petroleum products to produce an equal amount of energy.” This is especially evident in the United States, where coal produces roughly twice as much carbon dioxide per unit of energy as natural gas and causes 20 percent of U.S energy emissions despite accounting for only 10 percent of U.S. energy consumption.

Now that the United States is working toward cleaner energy sources, natural gas has an important role to play in meeting energy needs and decarbonization. Furthermore, the ability to temporarily turn natural gas into a cooled liquid for transport has helped open up new markets and given other countries more opportunities to shift away from coal.

Although some analysts argue that natural gas is not green enough, many ambitious climate and energy scenarios show that it is a key component of the green energy transition. Specifically, it is often referred to as a “bridge fuel” that can replace coal and help developing economies meet growing energy demand. Of course, not all experts and policymakers agree on this. For instance, some European countries, such as Norway, are pushing for international bodies to end funding for natural gas projects.

Although it seems most Organization for Economic Cooperation and Development (OECD) countries will pave the way toward primarily clean energy systems, many developing economies will likely rely on natural gas for decades to come. This isn’t ideal for quickly meeting climate goals, but many of these same emerging economies have pointed out the hypocrisy of OECD countries causing rampant climate change and then pressuring countries in the global south to overhaul their economies to compensate.

Still, natural gas is only a cleaner bridge fuel if it is produced responsibly and without the excessive methane leaks that often occur during its production. Over a 20-year period, methane is 84 times worse for the atmosphere than carbon dioxide, and its environmental damage has caused more than 100 countries to sign onto the U.S.- and EU-led Global Methane Pledge, through which governments worldwide have committed to reducing emissions by at least 30 percent by 2030 in several sectors, including energy, agriculture, and waste.

In the United States, the EPA has proposed rigorous new methane regulations based on existing rules in the state of Colorado, which require companies to start integrating new technologies into determining their emissions data. These rules are out for comment until Jan. 31, which means the public and industry groups can send the EPA input before they are finalized. But for now, different rules and regulations across states have made it hard to hold the natural gas industry accountable or gauge its environmental progress. In Texas, for example, companies can apply for permits to directly release methane into the atmosphere or burn excess natural gas as a waste product. To make matters worse, new studies show that some oil and gas operations in west Texas may be polluting more than expected and the EPA may be underestimating some U.S. natural gas companies’ environmental impacts.

Engie’s latest, long-term deal, combined with the world’s ongoing energy crisis, shows that there is still a role for U.S. oil and gas companies in global markets, but those companies need to take it on themselves to be responsible and transparent. Nearly all energy studies agree that natural gas demand will grow substantially (as much as 48 percent through 2040) but that the United States won’t be its primary consumer. As the European Union and other nations create green energy plans with natural gas, U.S. oil and gas companies need to convince other countries that their LNG also aligns with green requirements.

Some companies, such as Cheniere, are already working with oil and gas companies to better manage and report greenhouse gas emissions through continuous air monitoring, satellites, drones, and flyovers with infrared cameras. But companies that take this route currently represent the few, not the many.

At least three areas are key to ensuring the rest of the industry follows suit. First, natural gas producers need to report on their environmental impacts more clearly. There is currently no internationally recognized way to disclose those impacts, so companies need to be able to provide data to back up their claims and to differentiate themselves from producers in Russia and other competitors that don’t provide that information. This needs to happen before digital programs and open-access satellite data, such as the United Nations’ International Methane Emissions Observatory, pull back the curtain on U.S. oil and gas emissions within the next decade.

Second, oil and gas companies cannot wait for regulation before working to align themselves with global environmental goals. The complex interplay between U.S. federal regulations and state regulations has slowed down progress, making it too easy for entire countries to label U.S. LNG as too dirty. Philanthropic organizations and financial institutions are driving positive changes by investing in research and putting pressure on companies to decarbonize, but U.S. companies need to be able to prove they have lowered their environmental impact themselves. This is especially important if the European Union and countries elsewhere start implementing a carbon border tax, as they’ve proposed to do, which would eventually require LNG importers to have verifiable emissions data attached to their cargo.

Third, U.S. oil and gas companies should take a leadership role in this area and support greater nationwide regulation. There is a future for oil and gas while the world figures out how to integrate renewables—but not if companies fight against regulation, data verification, and cleaning up the industry. The major oil and gas companies in the United States, such as Shell Oil and ExxonMobil, publicly support increasing regulations, but small, independent oil and gas operators produce 90 percent of the United States’ natural gas, and their representatives are usually the first to denounce new policies or threaten legal action. Engaging with regulators and supporting environmental policies would be better for them, their investors, and their employees in the long term.

The United States has long been a global leader in the oil and gas industry, and it’s time to lead once again. By improving reporting, action, and enforcement, the U.S. industry can become more competitive and demonstrate that it has a role in energy’s future—at least for the time being.