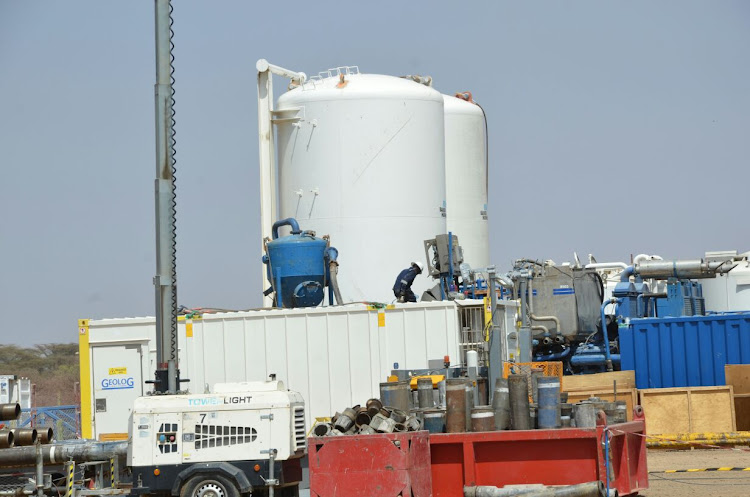 The planned acquisition of a stake in Tullow Oil’s Turkana project could further delay investment plans and commercial exports of Kenya’s crude oil.

Tullow is in talks with India’s ONGC Videsh and Indian Oil Corp hoping to offload its $3.4 billion (Sh415.9 billion) Lokichar oil project but this is yet to be concluded, as the British firm reviews its costs and return-on investment.

“We are working with potential strategic partners to reduce our stake in the project to be more in line with a company of our size,” CEO Rahul Dhir notes in the firm’s recent financial update.

Executives from the three companies kicked off talks in Nairobi in July in a meeting that was hosted by Kenya’s petroleum ministry, which according to Tullow, was positive and the parties agreed to hold further discussions.

The Indian state-backed companies will be joint operators of the project, if a deal is reached, as Tullow moves to shed part of its 50 percent stake in the project.

Other partners are Africa Oil Corp. and TotalEnergies SE which both hold 25 percent each.

The new developments further pushes timelines on commercialising the project which has been facing delays in the approval of Field Development Plan (FDP) by the government, which the firm says could impact a final investment decision.

The Group had received a 15 month licence extension from September 2020 to December 2021 ,which was pegged on certain conditions, including submission of a technically and commercially compliant Field Development Plan (FDP).

On December 10, 2021, Tullow and its Joint Venture Partners submitted a revised FDP to the government and fulfilled its licence obligations.

It came at a time when the ministry had moved to review exploration licenses , which saw six oil and gas exploration contracts terminated.

The firms, which were exploring in the Indian Ocean, were Zahara Oil and Gas, which had been allocated two blocks, Octant Energy, Simba Africa Rift Energy, A-Z Petroleum Products, Milio/Castac Oil and Lamu Oil and Gas.

Tullow has however been working closely with the ministry on the planned investment, even as the Kenya JV Partners sought a strategic partner to fund the next stage of development.

“The Kenya project has been through a full redesign using data from the 2018 -2020 Early Oil Pilot Scheme (EOPS) being fed into the model, which is providing better understanding of both the resource and the optimum development plan,” the firm notes.

Failure to secure a strategic partner however will affect the project, Tullow has said.

Last year, UK consulting firm– Gaffney Cline Associates (GCA) undertook an audit to inform the decision to be taken by the oil firm, including on investment based on available resources.

The audit report has since given Tullow a green light.

Oil reserves in the Lokichar sub-basin are estimated at over 4 billion barrels with full production potential estimated at 100,000 barrels per day, by 2024.

However, reaching the full capacity will require investments in infrastructure including drilling and pipelines.

This includes the construction of the 824km Lokichar-Lamu oil (heated) pipeline.

The ministry puts daily volumes at 120,000 barrels of crude oil to the Lamu Port per day once the proposed pipeline is constructed.

“The future of Kenya joining the league of leading oil producers in Africa looks very bright given that the Ministry has also embarked on mapping all potential offshore and on-shore oil producing blocks,” Commissioner for petroleum James Ng’ang’a said.

Bringing on board a strategic partner was part of conditions by the government as it sought to spread risks and ensure continuity of the project.

“Through the redesign of the Kenya development concept Tullow and its JV partners have created a commercially and environmentally robust project,” the firm notes.

The new plan targets more resources, delivers higher production and significantly cuts the project costs, even as Kenya eyes the global crude market a process that was also delayed by the Covid-19 pandemic.

The country had hoped to hoped to go commercial by 2024, six years after the early oil pilot project saw the exportation of 200,000 barrels of crude oil to test the market.

Kenya first announced the discovery of oil in Block 10BB and 13T in Turkana in March 2012.

Tullow and its partners had initially planned to reach a final investment decision in 2019,  and first commercial production between this year and next year.

The British firm expects to recover 585 million barrels of oil over the full life of the field.