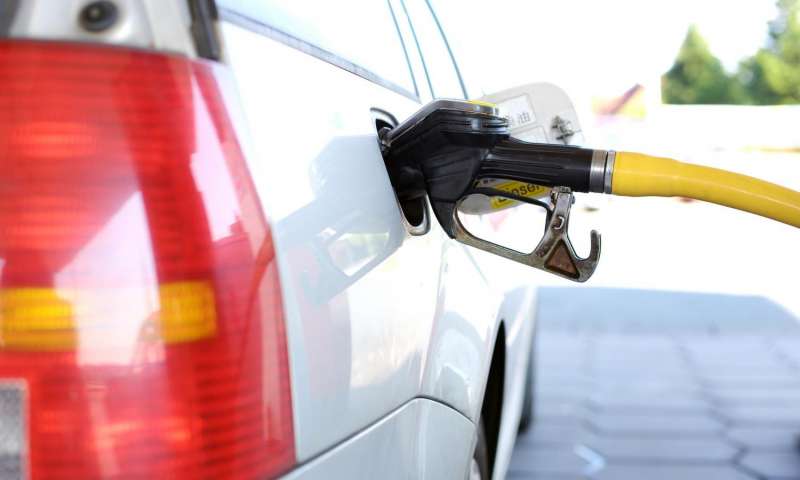 The stability of the global oil market is under threat. The impact of COVID-19 and the resultant demand destruction has put an ever-increasing amount of oil and gas producers on the path to bankruptcy. At present, the list of U.S. shale oil and gas producers filing for Chapter 11 is growing by the day, while global oilfield services and offshore drilling companies are fighting to survive. Ultimately, this very dire situation is being driven by oil and gas demand and prices, which is why a degree of stability has returned with oil prices back around the $40 mark.

In recent weeks, a group of 12 major cities in the EU, USA, and Africa, all pledged to divest from coal, oil, and gas. These cities are home to more than 36 million residents and hold over $295 billion in assets. Led by London and New York City, they have decided to divest from the fossil fuel assets that they directly control and have called on the pension funds managing their money to do the same. The other cities joining the divestment declaration are Berlin, Bristol, Cape Town, Durban, Los Angeles, Milan, New Orleans, Oslo, Pittsburgh, and Vancouver.

These structures have helped to stabilize and structure the market to benefit producers, shareholders, and consumers at the same time. The power balance between the Seven Sisters (which in its modern form consists of Shell, BP, ExxonMobil, and Chevron) and OPEC producers has regulated the $1.7-1.8 trillion oil market through times of financial crisis, regional wars, and Black Swan events. This necessary cooperation or power equilibrium is now being undermined by investors and politicians, threatening not only energy and petroleum product supply to global markets but also diminishing the influence of consumer countries on producers, such as OPEC.

An increasing amount of international financial giants, such as Dutch asset manager Robeco, are committed to excluding investments in thermal coal, oil sands, and Arctic drilling from all its mutual funds. The Dutch fund stated this week that it will bar companies that derive 25% or more of their revenues from thermal coal or oil sands, or 10% or more from Arctic drilling. The Dutch asset manager, holding around 155 billion euros ($181 billion), has already excluded thermal coal investment from its sustainable funds.

“Our move to exclude investments in fossil fuels from our funds is a further step in our efforts to lower the carbon footprint of our investments, transitioning to a lower-carbon economy,” said Victor Verberk, Robeco’s CIO fixed income and sustainability. Robeco’s move follows a growing list of European insurers and asset managers that have cut investments in fossil fuels, including Dutch insurer Aegon. Robeco said it would complete the exclusion of fossil fuel firms by the end of this year. European insurers, asset managers, and pension funds are not the only ones. Recent reports indicate that global investors have already excluded $5.4 trillion from fossil fuels.

The main driver behind this divestment craze is a determination to remove man-made greenhouse gas emissions in order to counter climate change. Reports indicate that 80% of all global emissions come from fossil fuels. To reach the goals set out by governments, emissions need to be cut by two-thirds, or fossil fuel production has to be cut by 1% per year through to 2050. Fossil fuel production has seen a growth of 2% per year in the last 30 years.

In the eyes of most investors and activists/governments, divesting in fossil fuel companies will be a major step forward. Some investors are arguing that it is economically sensible to divest based on the stranded asset argument put forward in a major report from the Bank of England. Bank, equity and pension funds are worried that the intrinsic value of fossil fuel assets is much lower than current market valuations.

The issue with that argument is that risks are not being taken into account by most investors and politicians. Even if the total value of hydrocarbon producers on stock exchanges has dwindled, the impact of divestment on asset allocation and returns will be immense. Fossil fuel producers make up around 6% of the global stock market and over 12% of the UK market. As some have already stated, excluding an entire sector impacts asset allocation, resulting in increased benchmark risk (relative to the market) and potentially higher volatility.  Investment bank Schroders research shows that over the long-term the impact of exclusions on investment returns is minimal. However, it can increase volatility in the short term.

Investors are leaving the market, share prices are plunging, company strategies are being changed and production is in danger. In recent weeks, statements by BP and Shell that they want to move part of their investments from upstream oil and gas to green have been met with plenty of positive reactions from the media, but the announcements should really give observes reason to worry.

Going green is putting market stability at risk. Assessments about the major asset re-evaluations by privately-owned oil companies in recent months should be taken with a grain of salt. Even if the world’s biggest oil companies were to slash the value of reserves and current projects in 2020, such as French major Total writing down about $7 billion of Canadian oil sands assets, or Shell’s $4.7 billion hit in the second quarter relating to assets in North America, Brazil, and Europe and a project in Nigeria, the real value is a book value.

At times of crisis and uncertainty, it is always attractive to take impairments. Even Exxon Mobil warned in August that low energy prices may wipe out as much as one-fifth of its oil and natural gas reserves. Not only do shareholders feel the pain of lower revenues and dividends in times like these, but hydrocarbon projects become uneconomical. By removing multibillion-dollar hydrocarbon investment projects around the world though, supply will be hit hard in the coming years while demand will continue to grow. Renewable projects are only able to counter the growing demand for energy, not for products. It should be worrying that IOCs, such as Shell or BP are not only divesting part of their global oil and gas acreage and projects but also stopping exploration for new acreage.

If oil and gas markets are destabilized further, it will be left to NOCs to save the market. Clean energy analysts seem to have failed to understand that the stranded assets of IOCs are assets ripe for others. Profit margins, dividends, and activist shareholders are not such an issue for Aramco, ADNOC, NNPC, Gazprom, or CNOOC. With lower supply in the coming years, and demand likely to return, prices will increase and margins will go up. This will make the growing list of so-called stranded assets commercially attractive again. But this time they will likely fall into the hands of NOCs rather than IOCs.

The future of IOCs and independents is not looking very promising. Lack of access to financial markets and a political-societal drive to block hydrocarbon projects makes some of the world’s largest oil firms look like pension funds or even graveyard construction companies. The future for NOCs, especially the OPEC+ parties, however, is bright. Without activist shareholders to worry about, easy access to financial markets, and SWFs, NOCs are not only able to reap the rewards of the current onslaught, they are also willing.

For NOCs there are no stranded assets, every drop of resource can and will be produced and used, as it is part of their national identity. For Western and Asian consumers, however, it will mean that their politicians and companies will need to deal with the new hydrocarbon powers. Dealing with Shell or BP on a European government level is easy. To deal with a NOC, supported by its respective national government, is of a far more complex question.  Regulating the market in the future will be a real headache for consumers.