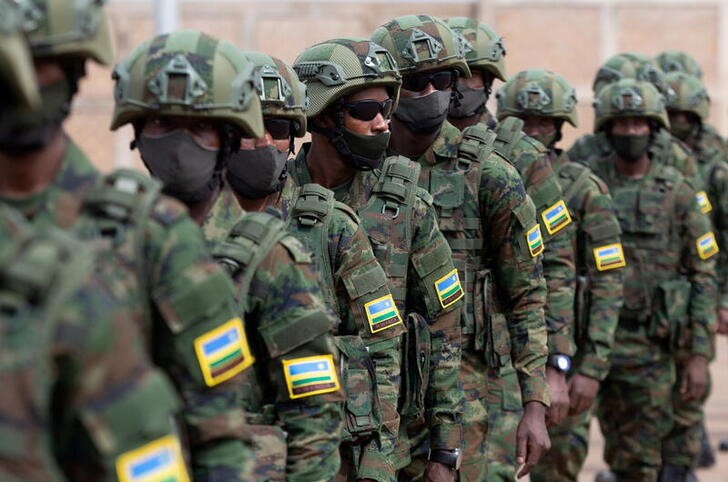 By: Clement Uwiringiyimana in Kigali and Manuel Mucari in Maputo

Mozambican and Rwandan security forces have recaptured the port town of Mocimboa da Praia, an insurgents’ stronghold, the two countries said on Sunday, adding to a growing list of retaken towns and villages.

Mozambique’s northern-most province of Cabo Delgado, which has gas developments worth some $60 billion, has since 2017 harboured an Islamist insurgency.

Since last year, the unrest has escalated as insurgents, linked to Islamic State, seized entire towns, including the strategically important Mocimboa da Praia.

Last month, the Rwandan government deployed a 1,000-strong force to Mozambique to fight alongside Mozambique’s forces and troops of the 16-member Southern African Development Community (SADC).

Mocimboa da Praia, 60 kilometres (37 miles) south of the gas projects, previously served as the main airport for international workers flying into the gas developments and its port is used for cargo deliveries.

Rwandan defence forces spokesman Ronald Rwivanga told Reuters the insurgents, who have fled to nearby forests, were greatly weakened by losing Mocimboa da Praia. They have held it for nearly a year, and it was a stronghold for their supplies.

“It was a critical port for their survival. Losing it is going to be a significant blow to their ability to maintain the insurgency,” Rwivanga said, adding the army would remain in the recaptured areas until stability returns.

He said there had been heavy fighting.

“We are just waiting for the final count but generally speaking the enemy had many casualties,” he said.

He said operations continued to consolidate control over critical areas, including an area where a water treatment facility is situated.

The army has also regained control of Awasse – a small but also strategic settlement near Mocimboa da Praia.

Almost 800,000 people have been displaced in Cabo Delgado and the fighting has brought a $20 billion natural gas project led by oil giant Total to a halt.