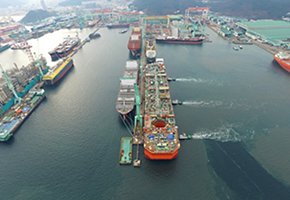 OPEC increased its forecast for global oil demand in the first quarter substantially, as some of this year’s recovery is delayed by Omicron but the overall risk from the new virus strain remains limited.

The Organization of Petroleum Exporting Countries boosted estimates for consumption in the period by 1.1 million barrels a day — equivalent to annual world consumption growth in a typical year before the pandemic — according to a monthly report from the group’s research department.

“The impact of the new Omicron variant is projected to be mild and short-lived, as the world becomes better equipped to manage Covid-19 and its related challenges,” the report said.

The revision means that OPEC and its allies won’t create as big a surplus when they proceed with plans to continue reviving oil production in January. The decision to add barrels, taken earlier this month, surprised traders because markets remain so fragile. It was widely interpreted as a gesture of political goodwill from Saudi Arabia to the U.S.

Oil prices have nonetheless largely held up, with crude trading near $75 a barrel in London, as initial signs show that demand hasn’t yet suffered from the latest virus outbreak. OPEC’s decision to technically keep its meeting in session — leaving the door open to reversing the supply increase at short notice if needed — is also shoring up sentiment.

The adjustments to the demand outlook in the report on Monday resemble those taken by an OPEC+ advisory committee that met the evening before ministers made their decision.

The report’s boost to demand in the first quarter is offset by downgrades to the second and third quarters. As a result, there was no change to the full-year forecast for demand growth of 4.2 million barrels a day in 2022.

Even with the change, OPEC+ is likely to cause a new oversupply in early 2022 if it continues to restore production halted during the pandemic.

The group estimates it will need to provide an average of 27.89 million barrels a day during the first quarter, though the report shows that production from its 13 members was 27.7 million in November. Supply increases scheduled this month and next will leave the group’s output high enough to make global inventories increase again.

However, officials from the organization have indicated they’re comfortable with this outcome, given that the group’s supply restraint has left stocks depleted. Inventories in developed nations were 207 million barrels below their five-year average in October, according to the report.