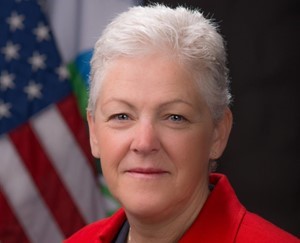 By Jennifer A. Dlouhy

The meeting, which will take place virtually and include lobbyists and leaders of industry trade groups, was described by two people familiar with the matter who asked not to be named because the session is not public. A White House spokesman did not immediately comment on the planned discussion.

McCarthy, President Joe Biden’s top domestic climate policy chief, met earlier with utilities and automakers that also stand to be affected by the administration’s plans for throttling greenhouse gases and promoting emission-free energy. The Biden administration is preparing to unveil a new emission-reduction goal next month as part of the U.S. return to the Paris climate agreement.

Oil industry heads have been pressing for discussions with administration officials following Biden’s Jan. 27 declaration of a pause in the sale of new oil and gas leases on federal lands and waters. Industry officials have cast the sector as a willing partner in efforts to fight climate change, while arguing that continued oil and gas development is essential for a thriving U.S. economy and national security.