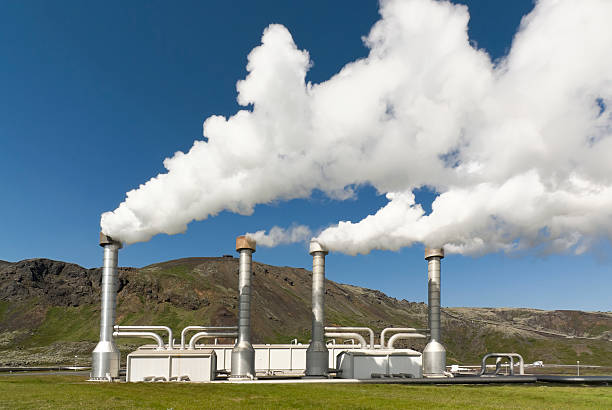 A new coalition of energy companies is looking to kickstart geothermal power production in Texas by analyzing the state’s geothermal potential and demonstrating how the oil and gas industry can catalyze its birth.

“One of the things we want to highlight is the availability of the resource – the fact that we’re actually sitting on a lot of it,” said Barry Smitherman, a former regulator in Texas now guiding the trade group’s launch. “We’ve been drilling oil and gas wells for so long in Texas – over 1 million wells – that we have all this data about what’s below the surface. That can inform geothermal developers about where to concentrate.”

The alliance’s first order of business is issuing a study funded by the Cynthia and George Mitchell Foundation and produced by researchers from several Texas universities. The study will be used to create a roadmap for the evolution of geothermal energy in Texas, and will be presented to state lawmakers during the 2023 legislative session as the alliance pushes for legislation that could help nurture the low-carbon industry.

Tapping into geothermal resources in the deeper reaches of the Earth requires a whole new set of technological skills, but not ones wholly foreign to Texas’ oil and gas industry, who’ve used hydraulic fracturing to plumb Texas’ depths for decades. Geothermal technologies, often known as enhanced geothermal systems or closed loop systems, inject water thousands of feet below the surface where temperatures reach hundreds of degrees, then capture the steam that rises back up to power turbines.

It’s not a fully proven technology, said Maria Richards, a geothermal researcher at Southern Methodist University, but advancing it to utility scale is within spitting distance. And the vast amount of subsurface data provided by decades of drilling across the state can give geothermal producers a head start.

“That’s why people have been focusing on Texas for quite a few years,” said Richards, who is contributing research to the Mitchell Foundation study. “Texas is pretty much drilled out – whether you’re in Arlington or in the middle of West Texas. We have wells everywhere.”

Geothermal economics
But while Texas geology and preexisting technology might be favorable for a geothermal energy boom, questions loom over its economics.

“In ERCOT, we basically run an energy auction,” said Smitherman, who has chaired both the Texas Railroad Commission and Public Utility Commission. “We dispatch the cheapest form of energy first. If the wind is blowing and the sun is shining, that gets dispatched first, nuclear second, and then coal and gas next depending on the price of gas. So we would have to see the price at which geothermal energy could be offered into the market. Would it be offered at prices between wind and gas? I can’t project it today.”

The US Energy Information Administration estimates geothermal electricity prices around $60/MWh for shallower, more accessible geothermal resources. Compare that to average energy prices of $30/MWh in ERCOT expected this year.

“At $60/MWh geothermal would not be economic in Texas without a carbon price, premium for firm supply, or tax credits,” said S&P Global Platts power analyst Morris Greenberg.

However, that disadvantage could change if tax incentives and research dollars could flow to geothermal projects under the passage of the Build Back Better Act.

“Geothermal needs to be treated as we have treated other similar technologies at this infancy,” said Matt Welch, who is also guiding the launch of the alliance. “It makes sense because it’s clean, it’s renewable, it’s dispatchable and it’s beneath our feet and well within our technological wheelhouse.”

“If we are at a point with geothermal where wind was 20 years ago, you could project it being a meaningful slice of the generation mix in 20 years,” added Smitherman.