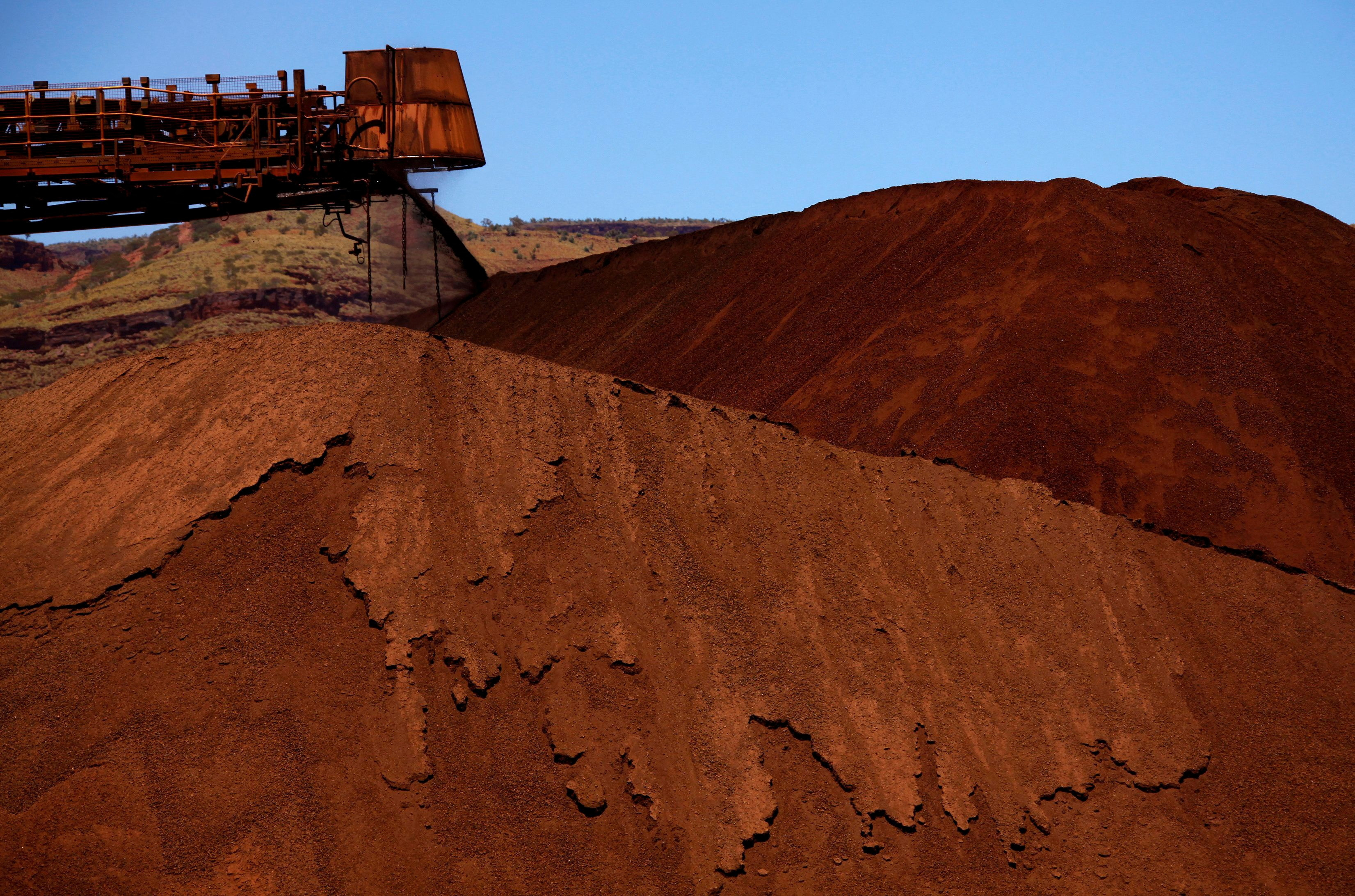 A stacker unloads iron ore onto a pile at a mine located in the Pilbara region of Western Australia, December 2, 2013. REUTERS/David Gray/File Photo

Global investor and economist Dambisa Moyo this week became the first woman ever to deliver the keynote speech at the mining industry’s annual conference in Western Australia, a boost for the sector as it faces scrutiny over perceived sexism.

Yet while Moyo had top billing, she is one of only five women out of 71 speakers due to address this year’s event in Kalgoorlie-Boulder, a fact that has not gone down well with some delegates.

“There are more speakers who have the name Peter, Mark and James than there are women at the whole event,” Fortescue Metals Group Chief Executive Elizabeth Gaines, who addressed the conference on Tuesday, told Reuters.

A bombshell report published in June by the state government of Western Australia, home to the bulk of the country’s iron ore industry, detailed cases of “horrifying” behaviour against women and criticised mining firms including BHP and Rio Tinto for overlooking criminal behaviour. read more

“If you had asked me at the start of my professional career whether I thought I would still be talking about gender diversity in 2022, I would have thought that we would be living it by now,” Gaines said in her conference speech.

“Unfortunately, the reality is that we are still having the same conversations about equality that we had 30, 20 and 10 years ago,” added Gaines, who was forced to appear at the event virtually after her flight was cancelled due to bad weather.

In February Rio Tinto published its own report which found that nearly 30% of women employed by the global mining giant had experienced sexual harassment at work, with 21 women reporting actual or attempted rape or sexual assault. read more

The mining conference is the first major industry event that international visitors and regional executives have been able to attend since the pandemic began, with a record of over 2600 delegates in attendance.

Jessica Farrell, asset president at BHP Nickel West and another speaker at the conference, also criticised the lack of female participation at the event.

“The onus for that is on both the conference itself, but also on the members,” she told Reuters.

Farrell gave evidence on behalf of BHP in the West Australia parliamentary inquiry into sexual harassment in the industry.

“You look at the information there and it’s just simply got to stop. And we are the ones that can make that change,” she said.

“We want our industry to be one where all people can come together and feel safe and respected at all times, and perform at their very best.”

BHP said its senior leadership team is balanced, and over the past year the percentage of women reporting to the executive has grown to 38% from 25%. Since 2016, the company has increased the number of women working at BHP from 17% to 32%.

Australia accounts for about half of the world’s iron ore exports, and women have long complained of sexual harassment in mining camps and offices. read more

But the sector’s Australian workforce of 150,000 is still predominantly – five-sixths – male, a gender mix that’s little improved since the industry’s beginnings over a century ago.

“Which is why it’s more important than ever that we equip the workforce of the future for these types of jobs and attract the best and the brightest minds from across the diversity of our population,” she said.