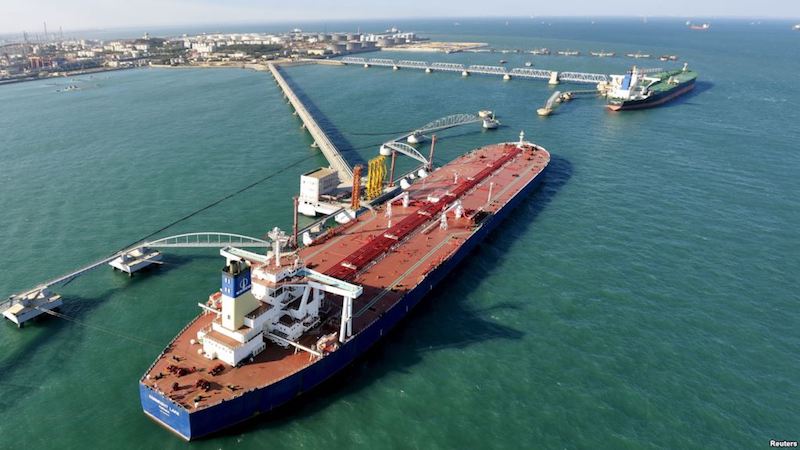 The cost of importing petroleum products of all kinds into Nigeria has soared to over $28 billion on an annual basis, Blackgold Energy Authorities, an oil and gas consulting and advisory firm, has revealed. The Principal Consultant, Blackgold, Dr. Oladunni Owo, disclosed this yesterday in Lagos at the ongoing two-day Nigerian Content Midstream/Downstream Oil and Gas Summit, with the theme: “Towards Maximising Potential in the Midstream and Downstream Oil & Gas Sector – A Local Content Perspective.”

This was just as the Executive Secretary, Nigerian Content Development and Monitoring Board (NCDMB), Mr. Simbi Wabote, also disclosed at the event that Nigerian firm, Temile Development Company Limited, would this week sign an agreement with a South Korean shipbuilder, Hyundai Heavy Industries, for the construction of the second Liquefied Petroleum Gas (LPG) vessel under the $120 million contract earlier signed in 2018.

In her presentation at the summit, on the topic, “Challenges and opportunities in the Nigerian petroleum refining sector”, Owo put Nigeria’s per capita refining at 0.002 barrels per day, describing the situation as embarrassing.

“Nigeria’s total import for petroleum products is about $28 billion per annum. Nigeria is the largest producer of crude in Africa and third largest importer of refined products in Africa. “Nigeria’s per capita refining is about 0.002 barrels per day, that’s very embarrassing,” she stated.

Owo stated that the country had not done enough in building refining capacity, saying in 2015, about 65 modular refinery licenses were approved by the federal government. According to her, of those 65, only few including Waltersmith Refinery and Niger Delta Refinery have commenced production.

She said the refining sector had been tainted with, “uncertainty due to adverse effect of regulator, subsidy, poor maintenance, general operational failure, inconsistencies, supply of feedstock, vandalisation, piracy, all sorts and all kinds. “The objective of this is just to bring out the fact that our consumption is high and our import is also very high.”

Meanwhile, after the delivery of the first Liquefied Petroleum Gas (LPG) vessel in 2020, out of a two-vessel-building contract valued at over $120, signed in July 2018 between Nigerian oil and gas company, Temile Development Company Limited and South Korean shipbuilder, Hyundai Heavy Industries, will this week sign agreement for the construction of the second vessel.

Wabote, who disclosed this in his welcome address at the summit, said the agreement signing for the vessel construction between the two companies would be one of the key highlights of the World Gas Conference holding this week in South Korea. Wabote said that the vessel owned by a local indigenous company would further enhance the supply capability of the LPG across the country.

“As you may be aware, the World Gas Conference is holding this week in South Korea. One of the key highlights at the event is the signing of the agreement construct the 2nd LPG Vessel owned by a local indigenous company to further enhance the supply capability of the LPG across the country.

“Agreement for the first vessel was signed in 2018 and the vessel was delivered in 2020. I am pleased to note that agreement for the second vessel is being executed which is a sign of self-propelled growth for our indigenous companies in the midstream and downstream sectors of the industry”, Wabote stated.

He, however, said the initiatives put in place by the Minister of State for Petroleum Resources, Chief Timipre Sylva, in line with the Decade of Gas declaration of the federal government was the National Gas Expansion Programme (NGEP) with three key elements namely Domestic LPG Expansion, Autogas, and Power Generation.

He said the Domestic LPG Expansion element of the programme targeted 20 million homes to increase the country’s LPG penetration currently estimated at national average of 13 per cent. He said a glimpse of the LPG value chain in the country presented another plethora of opportunities for which the board had also gone into partnership with some investors to develop different areas of the value chain.

Others, according to him included “partnership with Triansel Gas Limited in Koko, Delta State, for the 5,000MT LPG Storage and Loading Terminal Facility; Partnership with Brass Fertiliser for the development of a 10,000MT/day Methanol Plant at Odiama in Brass

“This represents about 10 percent of current LPG demand nationwide which will be produced in-country instead of being imported; Partnership with MOB Integrated Services for the construction of the 500MT Inland LPG terminal which is currently in operation at Dikko, Niger State.

“The partnership includes the construction of a Cylinder Refurbishment plant, procurement of 80,000bottles of LPG Cylinders and acquisition of distribution assets consisting of Bridgers, bobtails and cylinder distribution trucks to enhance LPG penetration across the target catchment areas.” The executive secretary said the board also had partnership with Amal Technologies to set up plant in Abuja for the production of Smart Gas/Smoke Detector Alarm devices that monitors and detects smoke and all types of gas leakages thereby enhance the safe usage of LPG in our homes.

Wabote said based the board’s 10-year Strategic Roadmap to achieve 70 per cent Nigerian Content target in the Nigerian oil and gas industry by the year 2027, the midstream and downstream sectors of the industry represented key areas to derive and extract value to meet their set target.