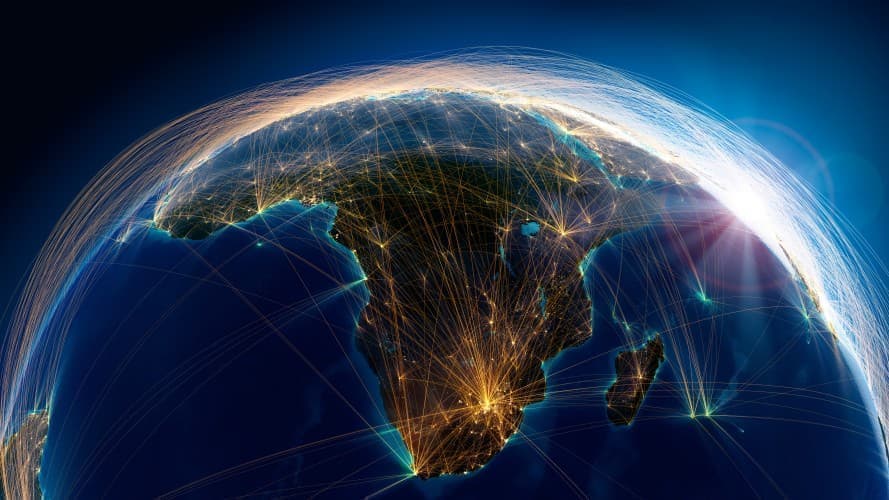 The African region has gained significant attention recently for its burgeoning oil and gas industry, with new oil-rich states across Africa hoping to meet the continued global demand for fossil fuels. However, several African countries are also developing green energy strategies and investing in renewables. The African Union is expected to present a five-page document highlighting the benefits of developing the region’s oil and gas industry at COP27 later this year. Not only will the growth of the industry help several countries to develop their economies, but it will also present opportunities for oil and gas companies to invest in their low-carbon fossil fuel potential while global demand remains high, bridging the gap in the green transition. But this is just the start of Africa’s energy boom, as it also looks to take advantage of its vast renewable resources.

In 2019, IRENA presented the case for the scaling up of renewable energy deployment in Africa. It highlighted the region’s substantial renewable energy sources, saying that Africa has the potential to play a leading role in shaping a sustainable energy future. However, poor supply reliability, leading to blackouts and making many countries rely on fossil fuels, was holding back both energy and general economic development. The IRENA report nevertheless stated that the “continent’s massive biomass, geothermal, hydropower, solar and wind power have the potential to rapidly change Africa’s current realities.”

When the report was published, 600 million people across Africa had no access to power, around 48 percent of the total African population. But IRENA suggested that Africa could meet around a quarter of its energy needs with clean energy by 2030. This would require an increase from 42 GW of renewable electricity to 310 GW to provide half of the region’s electricity demand, with an annual investment of around $70 billion until 2030.

Between 2019 and 2020, the capacity of solar and wind power in Africa increased by 11 percent and 13 percent respectively. But they’re not the only renewable resources being developed, with hydropower capacity increasing by 25 percent over the same period. A PricewaterhouseCoopers report stated that the total installed capacity of renewables in Africa grew by over 24 GW between 2013 and 2020, with an anticipated increase from 1.8 exajoules in 2020 to 27.3 EJ by 2050. However, PwC believes it will cost at least $2.8 trillion for Africa to achieve net-zero carbon emissions by the middle of the century.

According to PwC, Africa has the potential to develop 59 TW of wind energy capacity and is using just 0.01 percent of this potential at present, with 6,491 MW installed and 1,321 MW under construction in 2021. Africa had 9,604 MW of solar capacity, with 7,158 MW under construction, with the biggest solar projects in place in South Africa, Egypt, and Algeria. Bioenergy is expected to contribute around 10 percent of Africa’s renewable energy supply by 2050. Hydropower is also very underutilized, with just 11 percent of the low-cost electricity source in operation, with significant potential to also develop geothermal power.

In terms of nuclear power, South Africa is the only country on the continent with a commercial nuclear power plant. But another 100 MW nuclear power facility is under construction in South Sudan. In addition, several countries, including Ghana, Kenya, Egypt, Morocco, Niger, and Nigeria have consulted the IAEA about their nuclear potential, with aims to develop a nuclear power program.

However, to establish a strong renewable energy sector, Africa will require support from the international community, particularly in terms of funding. In an IEA event, held in Paris, earlier this year, ministers and stakeholders around the globe agreed on the “need for strengthened international action to address existing barriers to clean energy investment and to promote capital deployment across the continent.”

Foreign investment in African renewables is already increasing, with U.S. investors working with USAID and Prosper Africa to explore the green energy potential in South Africa. This is part of the U.S. government’s initiative to increase trade and investment between African nations and America. In COP26, some of the world’s richest states pledged $8.5 billion in climate grants and concessional loans to South Africa. However, it will need significantly more private funding to curb its coal and oil production and develop its renewable energy sector.

In other areas, U.K. company TuNur announced it would be investing $1.5 billion in a 500 MW solar power plant in Tunisia. Meanwhile, the British International Investment (BII) Plc, the development-finance arm of the government, intends to invest $6 billion over the next half a decade in Africa, mainly in renewable energy and digital infrastructure. BII Chief Executive Officer Nick O’Donohoe stated, “We have been a significant investor in power in Africa, originally in fossil-fuel power, and over the last three or four years, almost exclusively renewable power.”