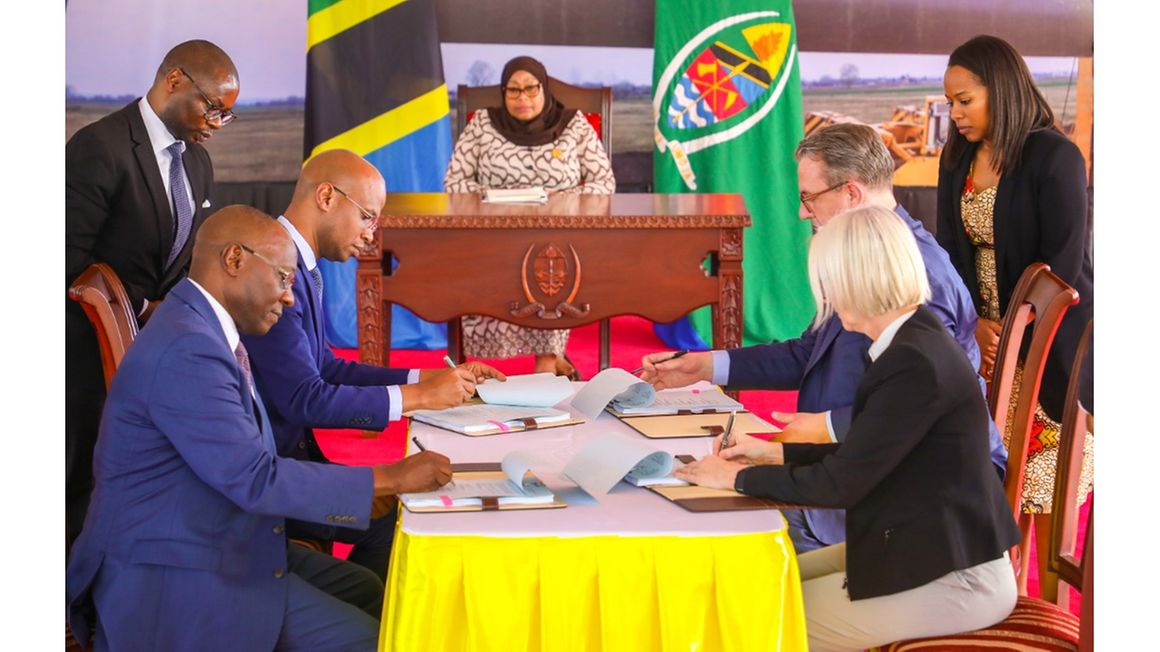 By: The Citizen Reporter

The government and a consortium of Shell, Exxon Mobil, Equinor, and Ophir Energy yesterday finally signed an initial Host Government Agreement (HGA), a greenlight for more comprehensive negotiations towards the implementation of its Liquefied Natural Gas (LNG) project worth $30 billion.

While the government was represented by Mr January Makamba, the minister for Energy and Dr Evaristo Longopa, the Deputy Attorney General, the exploration companies were represented by Ms Unni Skorstad, the Country manager for Equinor Tanzania and Mr Jared Kuehl Country Chair for Shell Tanzania.

President Samia Hassan, who witnessed the signing ceremony, said: “Although Tanzania has several strategic projects such as the Julius Nyerere Hydropower Station and the Standard Gauge Railway (SGR), which are for our utilisation, the LNG is very unique as it brings both capital and revenue.”

“Therefore,” said the President, “When completed, the project will change the country’s economic outlook, and unlock the economic growth and capture benefits from LNG exporting in the global market,” she explained.

“Therefore, I long to see phase two of the negotiations being timely wrapped up [in December this year], so that we pave the way for the project’s implementation as planned later in 2025.”

It is said that since the HGA has been signed then work could start on Front End Engineering and Design, following which a Final Investment Decision (FID); and if the decision is positive, then development would start. The goal of HGA is to ensure long-term benefits to Tanzania, a commercially viable and financeable project and long-term stability as well as confidence for the international investors.

Besides, the President instructed the government negotiation team saying: “Lets maintain our country’s interest in every part of the negotiations, but more importantly both sides may not get what they want, therefore, both teams need to be flexible as it should be a give-and-take scenario.”

Furthermore, President Hassan directed that although the project was to benefit Tanzania, but residents where the project is to be implemented should be the first to realise such benefits, thus the government team should not overlook the surrounding area of the project.

She also urged the responsible parties to make sure during the project implementation, the component towards empowering the locals is seriously observed as the country’s future plans are to make sure Tanzanians fully participate in the extraction of oil and gas.

The President on the other hand urged the private sector to make use of the project by directing the minister responsible for energy to involve the players hence use opportunities derived from the planned Special Economic Zone (SEZ), that is to be set close to the LNG project.

Earlier, Mr Makamba informed the President that Tanzania was confirmed to have gas deposits to the tune of 60 trillion cubic feet and this could transform the entire economy of the country via, among other means, gas-based industrialisation as well as penetrating the global market.

According to him, the Asian markets offer the highest price for gas which accounts for over 70 percent of new demand. Tanzania’s proximity to the said markets puts its gas at an advantage against competitors.

“This project will help bring Tanzania to the world map of most influential countries based on the use and need of energy globally, as the demand in the high value markets of Asia is expected to increase and since Tanzania is strategically located, it will be easier to reach the said markets,” said Mr Makamba.

It is noted that Tanzania’s LNG project will be competing against other gas exporting projects around the world which in turn will generate revenues for the nation’s development and during its construction, at least more than 7,000 jobs will be created.

Furthermore, Mr Makamba noted that properties of natural gas in terms of lower carbon intensity as well as lower pollutant compared to oil and coal and its portability of LNG for transport over long distances makes gas an exceptionally good replacement energy source for the low carbon future.

It is said that the project has the potential to have the lowest carbon dioxide footprint of any new LNG project currently under development, especially if renewable sources of energy, such as solar and hydroelectricity, are integrated into the design of the project.