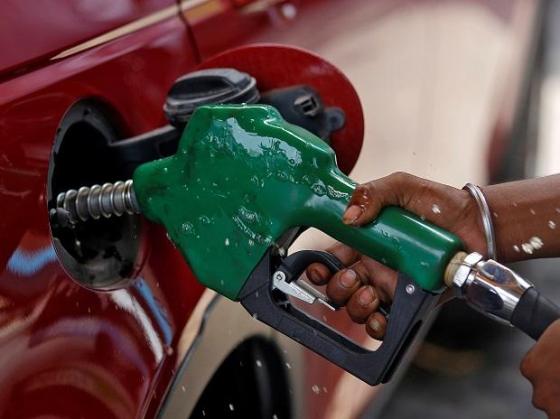 By: David A. Yates

The Petroleum Importers Association of Liberia has warned that its members face possible bankruptcy if the current price of petroleum remains the same as they are running into losses.

In a press statement yesterday, the group noted that due to the Russia-Ukraine crisis, both prices for diesel and gasoline have been marching higher for months — delivering a fresh jolt to the world economy, rising prices, and higher energy bills, which have increased the prospects of the global recession.

The situation, according to the business group, is beyond the control of the Liberian government and the importers, hence the need for the government to address the current prices which were increased by a whopping 26% for gasoline and 32% for diesel in March this year — which the government by then blamed the international prevailing market rate.”

But Russia’s oil and gas sectors have been hit by western sanctions and recently, the oil sector was hit by a European Union’s oil embargo, which could realign global energy trading and enrich producers as Europe buys energy from more distant suppliers.

“This is beyond the control of any government and the importers. The current prices set by the government, therefore, puts us in losses which are not sustainable and could lead to bankruptcy of our companies,” the statement added. “In addition, amidst the current scarcity of petroleum products on the world market, there is a limited amount of stocks in the country and we need to procure stocks in time to have products readily available on the Liberian market. We call on the government to address this situation in the soonest possible time.”

However, the Ministry of Commerce and Industry, in a release has rejected the group’s request and disclosed that it will make no further increases in the price of gasoline and jet fuel for the month of June, but intends to make a slight reduction in the price of fuel.

The ministry added that instead of increasing prices, they are working with importers of petroleum products to ensure that there is sufficient stock in the country to serve the market for the next couple of months.

The Ministry’s rejection of an additional price hike is geared toward minimizing the impacts of the March increase and protecting Liberia’s economic growth rate projection of 5.2 percent from 2022 to 2025.  The impacts of additional increases could be dire — touching everything from transportation to consumer spending to costs of goods and services across the country.

High gasoline and diesel prices will eventually land on the shoulders of Liberian consumers, many of whom live on US$1 or less per day, exacerbating some form of income and or food insecurity — fuelling inflation expectations.

“In midst of disruptions to the global supply chain posed by COVID-19 and subsequently the Russia-Ukraine War, that is greatly affecting the cost of freight and sourcing of commodities from international suppliers, the Liberian Government re-assured the public of ensuring the affordability and availability of essential commodities on the local market. As the sector institution that is responsible to ensure a safe and conducive business climate for Liberia, we will continue to appraise the public as new developments unfold regarding the availability and prices of essential commodities on the Liberian market,” the Ministry said in its release.

Given this context, a future increase in gas and diesel prices is inevitable if the Russia-Ukraine war keeps on.

The government will have no choice but to increase the prices which cause further economic dislocations to the Liberian economy as an increase in petroleum products in the past has been one of the key drivers of inflation.  It would mean businesses spending more on transporting goods from place to place — making it more expensive for households to do the things they normally do.

Also, the increase in prices means a larger share of Liberian households’ budgets are likely to be spent on petroleum products, leaving less to spend on other goods and services, competing intensely with food.

Or, the government could reduce import taxes on the product as a way of maintaining the current price for wholesale at US$5.48 and US$5.66 at the pump; while for fuel, the wholesale price could be maintained at US$5.82, and US$6.00 for the pump.

The drop in petroleum prices worldwide in 2020 allowed Liberia to experience some easing of the product, a frequent driver of inflationary pressures.  Before then, inflation reached a peak of 31.3% in 2019; but declined significantly in 2020 and 2021, and is now down to a single digit.

Liberia’s primary source of energy is petroleum, with Russia being a major producer of the commodity. However, market concerns about the war have resulted in disruption of supply chains that have caused commodity prices to soar.