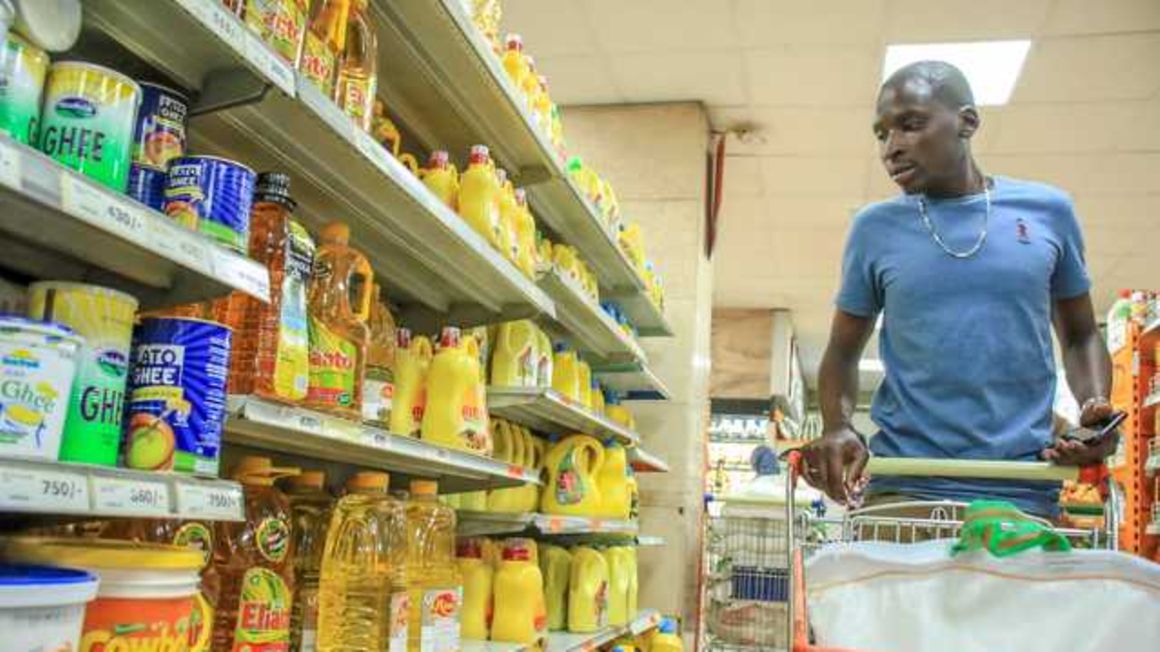 Kenya is still reeling from the impact of the pandemic but now faces a rise in oil prices increasing costs of production, transport and a knock-on effect on all other goods. (Image Source: COURTESY)

Kenyan households are facing financial distress after prices of essential commodities skyrocketed in the face of surging inflationary pressure, weakening shilling and rising temperatures ahead of the August 8 General Election.

Analysts at AZA Finance, said high inflation from rising global commodity prices has weighed heavily on the local currency which dropped to a fresh low of Ksh114.55($1) against the dollar last week from Ksh114.33 the previous week.

The situation was compounded by the Energy and Petroleum Regulatory Authority raising of fuel prices (both petrol and diesel) by Ksh5 ($0.04) per litre.

“Meanwhile, political temperatures are heating up ahead of August’s election. Given this uncertainty and the inflation issues, we anticipate the shilling to continue weakening in the near term,” the analysts said through their daily market report released March 24.

Last week, milk processors in Kenya increased prices by between Ksh2 ($0.01) and Ksh5 ($0.04) for a 500 ml packet of fresh and long-life brands, adding to a growing list of basic commodities that have seen their prices surge in the recent past couple of weeks, including bread, cooking oil, sugar, wheat and maize flour. Other items whose prices rose are steel and cement.

The Kenya Transporters Association advised its members countrywide through a notice dated March 14 to increase freight rates by a minimum of five percent to sustain their businesses under the current circumstances and to avoid total collapse.

Last week the Consumers Federation of Kenya petitioned parliament to consider abolishing value added tax on liquefied petroleum gas or reduce it to eight percent from the current 16.

The Russia invasion of Ukraine has disrupted oil, fertiliser and wheat supplies leading to the increased cost of the commodities globally.

Elevated oil prices, compounded by limits on Russian oil exports have increased the cost of importing refined petroleum, putting pressure on Africa’s forex markets, with the net importers such as Kenya suffering the most.

According to the Kenya Association of Manufacturers (KAM) the increase in oil prices have a ripple effect on the economy as the cost of transport and production will rise, leading to an increase in the cost of finished goods, including common household products.

“Most sectors in manufacturing will be heavily impacted by the rise in oil prices due to increased cost of production and transport. The country is still reeling from the impact of the pandemic. The cost of living has been increasing substantially, against dwindling purchasing power of citizens,” said Phyllis Wakiaga, chief executive, KAM.