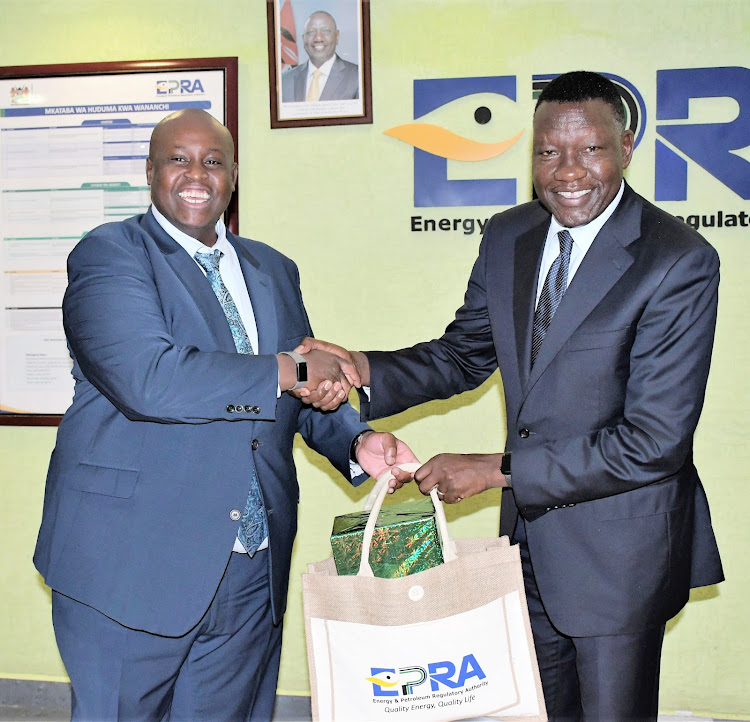 New Energy CS Davis Chirchir has said Kenya is poised to be the the region’s next petroleum giant following heavy investments.

Chirchir said construction of the Sh40 billion New Kipevu Oil Terminal (KOT 2) is a game changer for the country, especially the energy sector.

He said  the government is considering investments in storage and evacuation to match the capacity of the new facility.

The CS, who was in Mombasa on a familiarisation tour of KOT 1 and 2  and the Shimanzi Oil terminal, was addressing the media Monday morning after paying a courtesy call on Coast Regional Commissioner John Elungata at his Uhuru na Kazi office.

“As you are aware, petroleum going to the region, including Uganda and Rwanda, all pass through the Port of Mombasa. The new Kipevu Oil Terminal is a very big investment for us, and as the new CS for Energy and Petroleum, I am here to familiarise myself,” Chirchir said.

“More importantly, we are looking at how to improve and strengthen this area so we become a hub, not only for the  region but also all the way down to other regional areas like the Democratic Republic of Congo.”

He said the government is looking at how to ensure the security and safe delivery of petroleum products being held in Mombasa for the entire region.

Chirchir said that the government is going to look into investments to support the facility so capacities are matched.

The new oil terminal is an off-shore facility at the Port of Mombasa, opposite the existing Kipevu Oil Terminal constructed in 1963.

In April this year, the government began the first test run of oil dispatch at the facility.

Former President Uhuru Kenyatta in January this year inspected the facility, saying that it will save Kenya Sh2 billion annually in demurrage.

The project consists of one offshore island terminal with four berths, with a total length of 770m and one work boat wharf at the Westmont area for landing facilities.

It also has five subsea pipelines buried 26 under the seabed to allow for future dredging of the channel without interfering with the pipes.

Once completed, the new terminal will have four berths capable of handling six different hydrocarbon import and export products.

It will also be fitted with a Liquid Petroleum Gas facility, crude oil and heavy fuel oil. It also has provisions for handling three types of white oil products, including aviation fuel, diesel and petrol.

The terminal will initially be able to accommodate three ships concurrently, with a capacity of 200,000 tonnes each.

“We are able to evacuate from KOT very quickly, but we don’t have enough firms. The pipeline that evacuates from Mombasa to the hinterland in Nairobi to Eldoret, all the way to other countries, needs to be improved so we can  push the product quickly,

“We must ensure we do not incur extra financing on the credits that we are given to buy the product,” Chirchir said.

The CS said oil is a critical product that drives the country’s economy, adding  the new terminal has the capacity to hold large vessels.

“At the moment, even if we were to push products quickly as per the capacity of the oil terminal, we still have the challenge of storage and evacuation,” he said.

Chirchir said government was also working on rebalancing the market financial system so  the forex market is able to support the evacuation of petroleum products.

Early this year the government faced a shortage in dollars causing fuel prices to skyrocket as importers could not pay for the product in time, leading to a fuel crisis in the country.