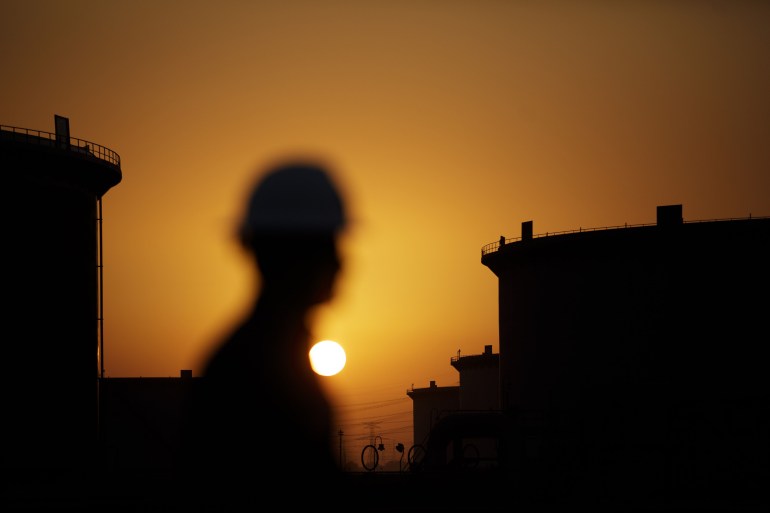 The clock is ticking for Gulf economies to end their overreliance on fossil fuels, as more countries around the world pour resources into accelerating their transitions to green energy and a low carbon future [Image Source: AJazeera)

The clock is ticking for Gulf economies to end their overreliance on fossil fuels, as more countries around the world pour resources into accelerating their transitions to green energy and a low carbon future.

But a report released on Monday from credit ratings agency Moody’s found that despite Gulf Cooperation Council (GCC) states announcing ambitious plans to kick their crude habits, economic diversification efforts have yielded only “limited” results, and further progress could be held back by lower oil prices and too many blueprints targeting the same non-oil sectors.

“While we expect the diversification momentum to pick up, it will be dampened by reduced availability of resources to fund diversification projects in a lower oil price environment and by intra-GCC competition in a relatively narrow range of targeted sectors,” said Moody’s.

The credit ratings agency also said plans to expand hydrocarbon capacity in the region, combined with “government commitments to zero or very low taxes”, do not bode well for the Gulf to significantly lessen its heavy dependency on fossil fuel revenues.

The link between taxes and overreliance
Despite variations among GCC countries, the group stands out globally for its overreliance on hydrocarbons when it comes to generating revenue and filling state coffers.

Oil and gas production accounted for as much as 45 percent of Kuwait’s economic output in 2019, about 35 percent of Qatar’s and Oman’s, and nearly a quarter of Saudi Arabia’s and the United Arab Emirates’, the report notes. Bahrain was the only GCC country where hydrocarbons accounted for less than 15 percent of gross domestic product (GDP) pre-pandemic.

“This is partly a consequence of GCC governments’ long-standing commitment to a zero or very low tax environment, which is part of the implicit social contract between the rulers and the citizens but also reflects the desire to incentivize non-oil sector growth and development,” said Moody’s.

As the report notes, the key difference between the GCC states and other countries that rely heavily on oil and gas “is an effective absence of direct taxes” including personal income taxes and property taxes.

Only Oman has broached the spectre of a personal income tax, saying it was studying the introduction of one, but it would only apply to the wealthiest individuals. Saudi Arabia’s de facto ruler Mohammed bin Salman stated in a recent interview that there would be no personal income taxes introduced in the kingdom.

Four GCC states have however implemented value-added taxes, or VAT, with Oman being the latest to introduce the levy in April.

Reversing progress
One of the biggest headwinds Gulf diversification efforts could face are plans to further expand oil and gas production, which Moody’s credits to a desire to develop downstream industries like petrochemical and plastics.

The report also notes such plans may reflect anticipation that as the sun sets on fossil fuels, countries that face higher production costs and more onerous regulatory hurdles relative to the GCC states will leave a bigger slice of the remaining hydrocarbon pie to the Gulf.

Given oil and gas expansion plans and the lack of political will to levy more taxes, Moody’s predicts that if oil prices average about $55 a barrel, hydrocarbon production should “remain the single largest contributor to GCC sovereigns’ GDP, the main source of government revenue and, therefore, the key driver of fiscal strength over at least the next decade”.