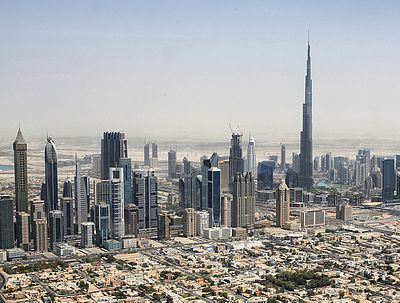 Gulf nations led by Saudi Arabia have been putting on a brave face and touting the strength of their economies, claiming they can withstand any scale of shocks during the oil crisis. Unfortunately, a growing body of evidence suggests pretty much the opposite: The Gulf economies are in dire straits thanks to their overreliance on oil. With oil prices stuck at $40/barrel, S&P Global Ratings has estimated that GCC (Gulf Cooperation Council) central government deficits will reach about $490 billion cumulatively between 2020 and 2023 while government debt will surge by a record-high $100 billion in the current year.

Whereas Saudi Arabia, the region’s largest economy, has some of the lowest production costs anywhere in the world, the harsh reality is that $40 oil is far from what the kingdom needs to balance its books. Indeed, the IMF has estimated that Saudi Arabia needs oil prices at $76.10 to achieve fiscal breakeven in the current year with the current oil price leaving the country with a huge budget deficit of 11.4% of GDP. Oil accounts for roughly 87% of Saudi budget revenues, 90% of export earnings, and 42% of GDP.

Interestingly, Saudi Arabia has denied being in austerity mode and says it will stick to its earlier budget announced in December. The country has, nonetheless, tripled its value-added tax, announced spending cuts in non-priority areas and suspended the cost of living allowance.

Other GCC countries are not much better off.

Only Qatar, with a fiscal breakeven oil price of $39.90, will be able to book a budget surplus. The situation is not expected to improve any time soon.

Although Goldman Sachs ranks among the more bullish oil prognosticators out there with predictions of oil prices reaching $65 per barrel by Q3 2021, other analysts are far less sanguine. For instance, a recent Reuters survey forecast a modest uptick with Brent averaging $50.45 per barrel in 2011

That would still be far from covering most Gulf countries’ deficits, with Saudi Arabia needing oil prices at $66/barrel next year to balance its books.

Tighter fiscal measures by GCC have begun to weigh heavily on economic activity, with business conditions deteriorating particularly in Saudi Arabia and the UAE.

Depressed economic activity is also taking a heavy toll on the region’s banks, forcing a wave of mergers as they scramble to survive.

The National Commercial Bank, Saudi Arabia’s largest lender by assets, has lined up a $15.6 billion takeover bid for rival Samba Financial Group. The $15.6B tab represents a nearly 30% premium to Samba’s valuation before the deal was announced, while the potential deal will create a $210 billion (assets) behemoth.

In January, Dubai Islamic Bank, United Arab Emirates’ biggest Islamic lender, completed a deal to buy smaller rival Noor Bank in an all-share deal. The combined entity now holds more than $75B in assets. The giant bank has since then stolen its competitors’ playbook by courting more international investors and raising its foreign ownership cap to 40%.

Although the UAE has one of the most diversified economies in the region, it remains extremely reliant on oil, with the exception of Dubai. The UAE is the world’s 8th largest oil producer, pumping 3.1 million b/d with oil exports accounting for about 30% of GDP.

In June, Qatar’s Masraf Al Rayan QSC and Al Khalij Commercial Bank PQSC kicked off initial negotiations to merge their operations. The potential merger could create a combined entity with more than $45 billion in assets as well as one of the largest Shari’a (Islamic) compliant banks in the region. The deal follows the 2018 tie-up between the country’s Barwa Bank and International Bank of Qatar that saw the proposed three-way merger with Masraf Al Rayan abandoned.

Qatar is the world’s 17th largest producer of oil, pumping 1.5 million barrels of the commodity per day. The country’s economy is heavily reliant on oil, with petroleum and natural gas accounting for more than 60% of GDP, 85% of export earnings, and roughly 70% of total government revenue.

Meanwhile, the Oman Arab Bank has finalized plans to acquire local competitor Alizz Islamic after Omnivest, one of Oman’s largest investment funds, sold its 12% stake. The combined entity will become a wholly-owned unit of Oman Arab Bank with assets of $8.4B.

Oman pumps a million barrels of crude per day, making it the world’s 19th largest producer just ahead of Libya. Like most Middle East countries, Oman is heavily dependent on oil and gas resources for 68% of GDP and 85% of government revenue. The country is expected to record one of the biggest budget deficits in the current financial year at nearly 20% of GDP.

The only recourse that GCC countries have to cover their huge budget deficits is by paying a visit to the debt markets.

Luckily, most still enjoy plenty of goodwill and are having little trouble getting huge loans.

GCC countries have been pretty successful locking-in long-term, low-rate debt in the recent past, having already raised nearly $50 billion in the international debt markets in the current year.

Dubai visited the public debt market this month for the first time in six years, managing to raise $2 billion in a tightly priced deal, a good sign that the markets remain open for the region despite the downturn.