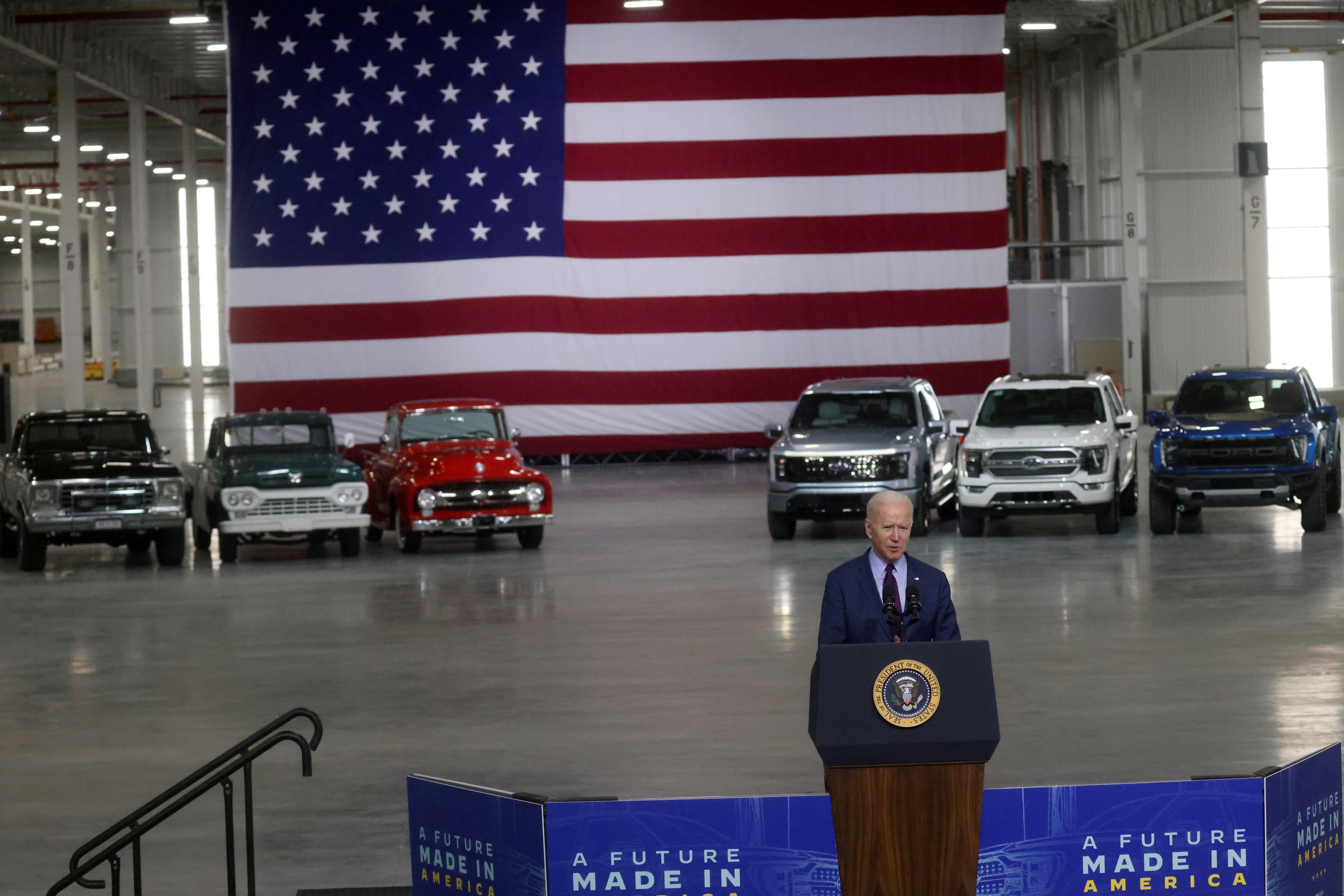 By Trevor Hunnicutt and Ernest Scheyder

U.S. President Joe Biden will rely on ally countries to supply the bulk of the metals needed to build electric vehicles and focus on processing them domestically into battery parts, part of a strategy designed to placate environmentalists, two administration officials with direct knowledge told Reuters. The plans will be a blow to U.S. miners who had hoped Biden would rely primarily on domestically sourced metals, as his campaign had signalled last autumn, to help fulfill his ambitions for a less carbon-intensive economy.

Rather than focus on permitting more U.S. mines, Biden’s team is more focused on creating jobs that process minerals domestically into electric vehicle (EV) battery parts, according to the people. Such a plan would help cut U.S. reliance on industry leader China for EV materials while also enticing unions with manufacturing work and, in theory, reduce pandemic-fueled unemployment.

The U.S. Commerce Department is organizing a June conference to attract more EV manufacturing to the country. Biden’s proposed $1.7 trillion infrastructure plan earmarks $174 billion to boost the domestic EV market with tax credits and grants for battery manufacturers, among other incentives. The department declined to comment. “It’s not that hard to dig a hole,” said one of the sources. “What’s hard is getting that stuff out and getting it to processing facilities. That’s what the U.S. government is focused on.”

Under the approach, the United States would rely on Canada, Australia and Brazil – among others – to produce most of the critical raw materials needed, while it competes for higher-value jobs turning those minerals into computer chips and batteries, according to the two sources. Securing the full supply chain from metals to batteries does not require the United States to be the primary producer of the raw materials, said one of the sources.

A full strategy will be finalized after a year-long supply chain review involving national security and economic development officials. Biden officials want to ensure the administration’s EV aspirations are not imperilled as domestic mines face road blocks, the sources said, both from environmentalists and even some Democrats.

“It rings hollow when I hear everyone use this as a national defense argument, that we have to build new mines to have a greener economy,” said U.S. Representative Betty McCollum, a Democrat who has introduced legislation that would permanently block Antofagasta Plc’s (ANTO.L) proposed Twin Metals copper mine in Minnesota. “President Biden is focused on seizing the electric vehicle (EV) market, sourcing and manufacturing the supply chain here in America, and creating good-paying, union jobs,” said Ali Zaidi, the deputy White House national climate adviser.

“Building American-made EVs and shipping them around the world will include leveraging American-made parts and resources. This includes responsibly pursuing, developing, and mining critical minerals and materials used for EV batteries.” Zaidi also said that the administration is invested in a strategy that includes recycling in the supply chain.

While U.S. projects from small and large miners alike will feel the impact, the pain from any blocked projects will fall disproportionately on smaller, U.S.-focused companies. Many large miners also have global projects that could benefit from the administration’s plan. “We can no longer push the production of the products we want to places we cannot see and to people we will never meet,” said Mckinsey Lyon of Perpetua Resources Corp (PPTA.TO), which is trying to develop Idaho’s Stibnite mine to produce gold and antimony used to make EV battery alloys.

The U.S. government in April became the largest shareholder in mining investment firm TechMet, which controls a Brazilian nickel project, a Rwandan tungsten mine and is a major investor in a Canadian battery recycler. Washington also funds research into Canadian cobalt projects and rare earths projects in Malawi, among other international investments.

The State Department’s Energy Resource Governance Initiative (ERGI) is one of the main programs Washington plans to use to help allies discover and develop lithium, cobalt and other EV metals. To be sure, Washington is not ignoring domestic mining.

The U.S. Department of Energy has awarded grants to help old coal mines find ways to produce rare earths. U.S. officials have also funded MP Materials Corp (MP.N), which owns the country’s only rare earths mine, though it relies on Chinese processors. But the bulk of Biden’s approach is designed to sidestep battles with environmentalists and save capital for other fights, according to one administration source.

During a visit to a Ford Motor Co (F.N) plant in Michigan on May 18, Biden called for government grants for new EV battery facilities. He mentioned Australia’s lithium reserves during the tour, but not large U.S. supplies of the key battery mineral. Republicans say Biden’s EV plans will be impossible to achieve without more U.S. mines.

“These ‘not-in-my-backyard’ extremists have made clear they want to lock up our land and prevent the mining of minerals,” U.S. Representative Lauren Boebert, a Colorado Republican, told a House Natural Resources Committee forum held the same day as Biden’s Michigan visit.

Biden’s approach comes with risks, including angering political supporters within the labor movement who want the administration to have an openness to resource extraction and the attendant jobs. “Let’s let Americans extract these minerals from the earth,” said Aaron Butler of United Association Local 469 union, which does work for Rio Tinto Ltd’s (RIO.AX) proposed Resolution copper mine project in Arizona and endorsed Biden in the elections. “These are good-paying jobs.”

Many of the skills that labor unions would use to build mines, including concrete and electrical work, can also be used to build EV metal processing plants. The National Mining Association, an industry trade group, has been lobbying the White House and Congress to support domestic projects, arguing that the coronavirus pandemic showed the importance of localizing supply chains.

Biden’s White House is now quietly working to enlist labor support as it tries to build a case that its green policies are creating jobs, ahead of the 2022 midterm elections that could determine whether the strategy wins congressional backing, according to two organized labor sources familiar with the campaign

Biden officials have reached out to unions across the country asking for specific job-boosting projects the administration can take credit for, the labor sources said.