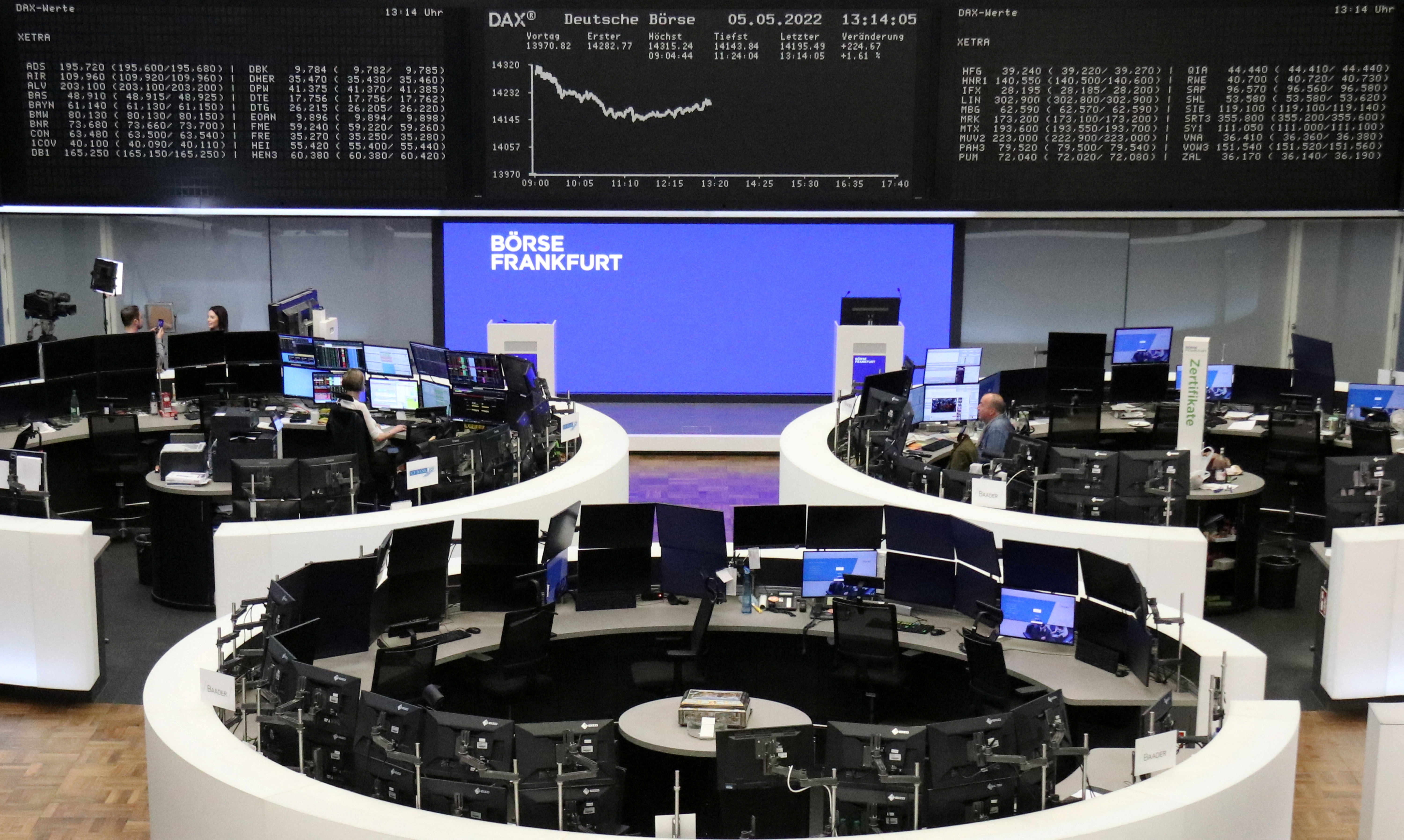 The German share price index DAX graph is pictured at the stock exchange in Frankfurt, Germany, May 5, 2022. (Image Source: Reuters/Staff)

The European Central Bank should hike interest rates as many as three times this year to combat inflation, hawkish policymaker Robert Holzmann said over the weekend. read more

The benchmark STOXX 600 has shed over 5% so far in May, as China’s COVID curbs, aggressive monetary policy tightening and the Ukraine war stoke concerns about a global economic slowdown. The index is down about 14% since hitting an all-time high in January.

Adding to the gloom, investor morale in the euro zone fell in May to its lowest level since June 2020, as the impact of the war in Ukraine on Europe’s largest economy becomes increasingly clear.

“The positive effects of the good Q1 reporting season and activity reopenings could be short lived,” Morganti added.

Of the nearly 60% of European companies that have reported results so far, 72% have topped analysts’ profit estimates, as per Refintiv IBES data. In a typical quarter, 52% beat estimates.

Chipmaker Infineon (IFXGn.DE) fell 2.4% despite lifting its full-year outlook as it benefits from a global shortage of semiconductors. read more