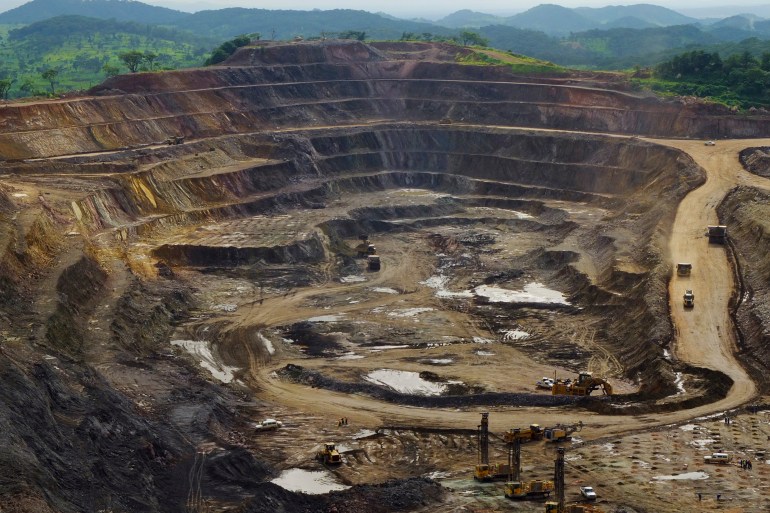 Excavators and drillers at work in an open pit at Tenke Fungurume, a copper and cobalt mine 110km (68 miles) northwest of Lubumbashi in DRC’s copper-producing south, on January 29, 2013 (Image Source: Jonny Hogg/Reuters

There has been no change in control of Tenke Fungurume Mining, majority owner China Molybdenum has said, contradicting authorities in the Democratic Republic of the Congo who said a temporary administrator had taken control of one of the world’s largest cobalt and copper mines.

The secretary-general of Congo’s state mining company Gecamines told Reuters on Thursday that a court-appointed temporary administrator had officially taken charge amid a dispute between TFM shareholders.

China Moly controls an 80 percent take in the copper and cobalt mine, while Gecamines owns 20 percent.

“There is no change in the management right of TFM, and production and operations are running as usual,” China Molybdenum spokesperson Vincent Zhou said in an email to Reuters.

The DRC is also the world’s top producer of cobalt, which is used in electric batteries, and Africa’s leading miner of copper.

In February, a court had appointed the administrator, Sage Ngoie Mbayo, for a period of six months in response to a claim brought by Gecamines.

Implementation of the ruling was suspended after the DRC government called for an investigation. But in a letter dated June 1 and seen by Reuters, justice minister Ruth Mutombo ordered that it be enforced.

Ngoie, who had been named Gecamines’ representative to TFM shortly before his appointment as temporary administrator, officially took charge on Thursday, Gecamines secretary-general Patrice Pungwe said.

In a video filmed at TFM’s offices, Ngoie declared that he was now in control.

“At this time, TFM is run by me. It is not run by Gecamines or by CMOC (China Moly),” he said.

The dispute started last August when DRC’s government announced it had formed a commission to reassess the reserves and resources at TFM, which is also among the world’s largest copper producers.

The government suspects the mine has understated its levels of reserves in order to reduce the amount of royalties it pays to Gecamines. China Molybdenum denies having done so.

China Moly and Gecamines are “continuing to move forward” with talks around royalty payments, Zhou said on Friday.

The court order in February had tasked Ngoie with “reconciling the two partners on the points of divergence, namely access to technical information”.