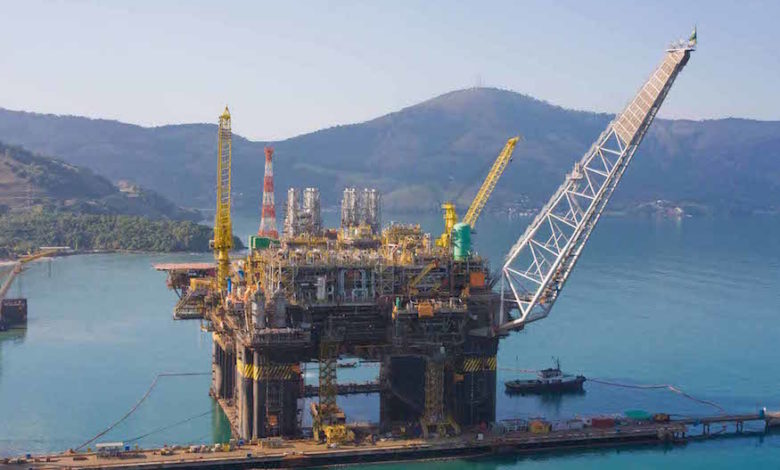 Through the first cycle of its permanent production sharing offer (OPP), held on December 16 by Brazil’s National Agency for Petroleum, Natural Gas and Biofuels (ANP), four blocks of 11 on offer were auctioned, generating R$916.3m in signature bonuses.

Auction winners were those companies that offered the Government of Brazil the highest percentage of oil surplus from a block’s production, rather than the highest monetary bid. The signature bonus for each block was fixed as announced in the tender documentation.

Brazil’s state-controlled Petrobras won shares in three blocks. It won 100% of the Campos Basin Norte de Brava block with an offer of 61.71% of oil surplus to be provided to the Brazilian government. The company won the Sudoeste de Sagitário block in the Santos Basin with partner Shell Brasil – Petrobras as operator with 60% of the stake, Shell Brasil with 40% – with their offer of 25% of oil to the government. In the Água Marinha block in the Campos Basin, Petrobras exercised its pre-emptive right to join the winning consortium’s proposal. The company will be operator of the block with a 30% stake, in partnership with TotalEnergies EP (30%), Petronas (20%) and QatarEnergy (20%). The consortium offered 42.4% of oil production to the government.

BP Energy was the other winner, taking 100% of the Santos Basin Bumerangue block with an offer of 5.9% of oil for the government.

“The amount collected in signature bonuses represents 72% of the maximum that could have been collected if all areas had been auctioned,” said ANP Director-General Rodolfo Saboia. He also noted that, “in Água Marinha, the minimum percentage of excess oil was exceeded by 220% and, in the case of Norte de Brava, the percentage offered had a premium of almost 171.73% in relation to the minimum. With this, we guarantee more resources for Brazilian society in the long term, through greater collection on the profit from oil production resulting from the auction.”

Two blocks in the Campos Basin (Itaimbezinho and Turmalina) and five in the Santos Basin (Ágata, Cruzeiro do Sul, Esmeralda, Jade and Tupinambá) were not successfully auctioned.

The signing of the contracts is expected to take place by the end of April 2023.