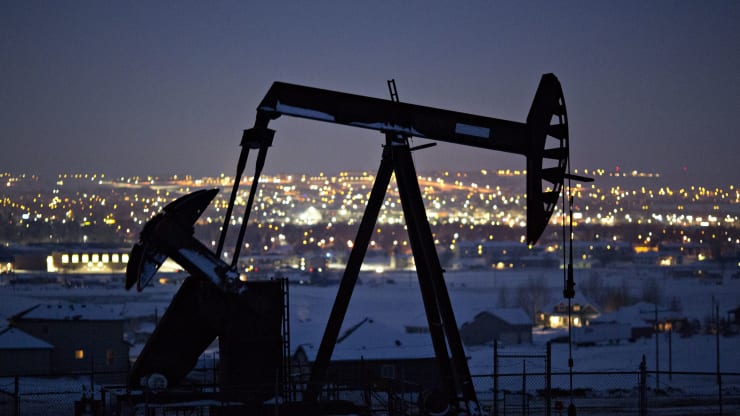 Back in 2010, Texas-based Anadarko Corp. (now a subsidiary of Occidental Petroleum Corp.) and Italian energy giant ENI SpA announced the discovery of approximately 180 trillion cubic feet of natural gas reserves, equivalent to ~29 billion barrels of oil, in Mozambique’s supergiant offshore basin of Rovuma, immediately catapulting the south African nation to a potential global LNG superpower.  As expected, there was a stampede of oil and gas majors, including ExxonMobil, Total, Shell, and CNPC (China National Petroleum Corp.), who rushed in to stake their claims.

But now there’s a real danger that the biggest investment splurge in Africa could go up in smoke even before it gets properly started thanks to the proliferation of terrorism in the region.

Mozambique could potentially reap nearly $100 billion in LNG revenues, or 7x its annual GDP, over the next 25 years, and boost real growth rate from 4% to between 4.8% and 5.4% (depending on the scenario) thus highlighting the sheer transformative power the project could have on the poverty-stricken nation.

But failure of the LNG projects to take off could deal a severe blow to Mozambique, the world’s 6th poorest nation, as well as President Nyusi’s government, which is desperate to attract foreign investment.

A notorious terrorist organization that has aligned itself to the Islamic State has claimed responsibility for dozens of attacks especially in the Cabo Delgado province.

Over the past three years, the insurgency has killed more than 1,500 people and displaced another 250,000 in the country’s north, and no one even knows who they really are, what they want or where their loyalties lie, with the government keen to simply refer to them as a band of criminals. Locals call them “al-Shabaab”, according to the Atlantic Council, but their official name–as far as we know–is al Sunna wa Jummah (ASWJ). The group’s leadership is unknown.

When they behead someone, there is no message-no demand. It is also unclear whether they have any real connection to the Islamic State, or whether such a connection is still metamorphosing.

The root causes, as always, are underdevelopment and corruption.

It has been about eight months since Mozambican President Filipe Nyusi was sworn in for a second term at the top seat. In his acceptance speech, Nyusi emphasized the importance of peace if the nation is to realize its full potential. Mozambique was plagued by a 16-year civil war that ended in 1992, yet resurgent armed conflict remains a major challenge to this day.

The president also vowed not to fall victim to the African curse where resource-rich nations tend to fare even worse economically than their less endowed peers.

Easier said than done. The previous government has a rather checkered history in terms of maintaining peace, but billions of dollars of natural gas are now on the line.

Last year, the Mozambican government approved the Rovuma LNG Development Plan, which is headed by oil majors ExxonMobil and ENI.

The initial development phase could see the companies pony up more than $60 billion in capex with Mozambique potentially becoming a chief LNG supplier to China after the Asian country launched Blue Sky Defence Action Plan designed to curb air pollution.

However, it goes without saying that for this to become a reality, Nyusi will need to guarantee security to all the companies investing in a region where Islamic State-linked insurgents have lately intensified attacks against security forces and civilians. The government will be charged with the task of not only halting the attacks but also addressing the key drivers of the insurgency, including unemployment, poverty, and a general lack of economic opportunities.

That is looking to be a tall order, considering opposition hard-liners have continued with the killings despite Nyusi signing a peace accord with Renamo, the main opposition party, last year that brought a hiatus to the years-long conflict.

Next, Nyusi will need to address the endemic corruption in the public sector to increase accountability and ensure that gas revenues do not end up in some government official’s offshore account.

Just a year into his first term, Nyusi’s government was thrown into a tailspin after international donors and the IMF froze monetary aid to the country after discovering that the government had failed to declare $1.2 billion in loans. The fallout hit a new low when the United States charged the former finance minister with money laundering with three Credit Suisse bankers also implicated.

No less than six fraud-related cases are still pending at the courts and Nyusi will have to ensure this sort of thing never happens again under his watch if he wants to win over long-term investors and goodwill by the international community.

Total and ENI To Carry On

Although Nyusi’s government has tried to put on a brave face and insists it can deal with the menace single-handedly, the persistent and disruptive attacks prove otherwise.

But maybe Mozambique’s neighbors will come to the rescue.

A couple of days ago, Nyusi took over the reins of power as the chairperson of the Southern African Development Community (SADC) from H.E. Dr John Pombe Joseph Magufuli, President of the United Republic of Tanzania. The 16-nation regional trading bloc pledged to help Mozambique combat terrorism within its borders.

Thankfully, Total and ENI have indicated that they intend to carry on in the midst of the violence and might, hopefully, still be able to deliver within their deadlines. Total says in its website that the Mozambique LNG project is on track for delivery by 2024 though ExxonMobil is yet to make a final investment decision.

Nyusi will be keen to leave a legacy as the president who brought Mozambique from the bottom rungs of the UN development index to a middle-income nation, and the whole world is now watching because nearly 30 billion barrels are at stake.

Ultimately, despite the formidable challenges, Mozambique’s LNG resources could spawn one of the continent’s rare rags-to-riches stories. The economics are particularly appealing, with the country’s low production costs a boon in this era of low energy prices.